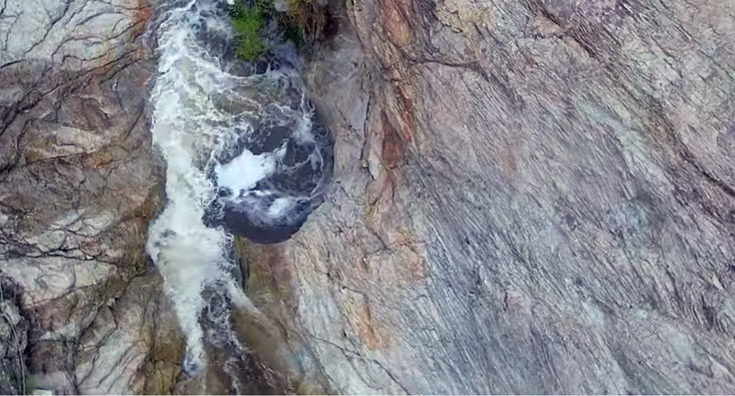 Jon Johnson File Photo/Gila Herald: Three young hikers were rescued off the rocks in the area of the Frye Mesa slides on Tuesday.

FRYE MESA – In the heat of the day, one of the great places to recreate and cool off in Graham County is Frye Mesa and its naturally formed pools and slides. However, enjoying the area can come with risk.

Three hikers, ages 22, 15, and 10, were rescued from Frye Mesa near the slides area on Tuesday, June 9 after becoming stuck.

According to a Graham County Sheriff’s Office news release, County Dispatch received a report of the situation at about 8:23 p.m.

The Graham County Sheriff’s Search and Rescue Team, in conjunction with Freeport-McMoRan’s ERT Team, Thatcher Fire, Department, and deputies responded to the area. The rescuers used ropes to safely secure the hikers.

“The Sheriff’s Office wishes to thank all who assisted,” the release stated. “We continue to praise our search and rescue members as well as other entities in the community who assist us; who respond at a moment’s notice. Their skills and assistance cannot be overstated.”