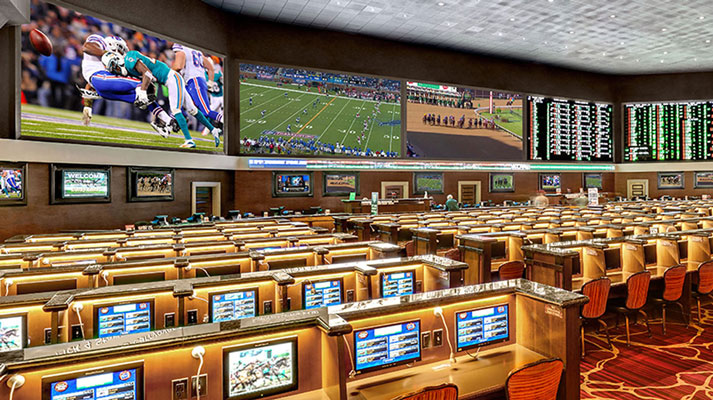 It is a sport that is synonymous with American culture. Many films, TV series, and songs have been written about legends or legendary events in NFL history. The biggest names in the NFL go on to become crossover stars and household names, with Tom Brady being one example…

While it enjoys more popularity in certain areas of the United States, the NFL is still an event you’ll find on primetime television in America. The biggest games always draw huge audiences including A-list stars, not to mention marquee performers who put on legendary shows that people remember for years to come.

The NFL Super Bowl halftime show is one of the biggest crossovers of sports and entertainment anywhere on the planet. Tens of millions of people tune in to watch the biggest stars in music perform at halftime, and the artists also benefit from it immensely as well.

Advertisers also take their chunk of the pie by asking for massive payouts for huge companies and corporations to advertise during the intervals in the Super Bowl. The fact it costs millions of dollars for this advertising space shows just how wide the net is when it comes to viewership.

In addition to its popularity in America, it is also widely watched in other parts of the world. The NFL played its first game overseas in 2007 and now has two separate series set up for games to be played outside of the United States.

Although the league was founded over a century ago, betting markets have not always been as readily available as they have in other sports. For example, in the 1940s and 1950s, casino-based betting in Las Vegas was the number one market in America.

Other countries that allowed gambling did not offer markets for NFL games and American-based sports in general back then. Of course, that began to change at the beginning of this century with the adoption of the internet and all the gambling markets that came with it.

It would be foolish to suggest that the NFL was the only sport that benefitted from this explosive growth in sports betting markets. There are many other sports to gamble on online from around the globe. Sportsbooks are one of the most popular versions of gambling in the world.

The NFL now enjoys popularity worldwide, with millions of people from every continent tuning in to watch the Super Bowl yearly. With this new and ever-expanding market comes the ability to bet on all types of games and outcomes from the season.

Although there are plenty of in-play betting offers you can look to take advantage of, the three main bet types for the NFL are as follows –

The money line market is a straightforward bet on the winner of the game. This isn’t special to the NFL by any means and is usually the most popular market in any sports betting.

This includes sports such as the NBA (National Basketball Association), the NHL (National Hockey League), boxing, tennis, soccer, and more. Of course, these odds are adjusted based on the quality of the team or their position in the league, and form also plays a part.

A total points bet, is when you place a wager on the total number of points in a game.

You can also take part in what is called over and under-betting. This is when you place a bet on whether a certain team will get over or under a particular number of points in any single game.

This doesn’t just apply to total points in the game, however, and it is commonly referred to as “the total” as well. You can also look to place a bet on the combined points of both teams or the number of touchdowns, but it still falls into this bracket when it comes to NFL betting.

This category, typically includes any bet on a certain figure to be hit. You can also find this in soccer in the United Kingdom – where gamblers can place a wager on whether a certain team will get a specific number of yellow or red cards.

Handicap betting is also referred to as the ‘spread’. The general idea of handicap betting is that one team begins the match with a virtual deficit, also known as a handicap. This happens at the beginning of the game and is also common in soccer betting markets.

It works both ways; for example, choosing a team that isn’t the favorite means that you can bet on them to have a virtual head start so to speak.

The rise of the internet in the early 21st century has been pivotal in the meteoric rise of gambling websites. It has become a multi-billion-dollar industry as people from all over the globe can now place a wager on an NFL game. They no longer need to be based in the United States.

The three main categories we have just taken a look at, are not the only markets you can bet on either! A wide range of other markets that do not fit into those categories is still super popular among gamblers from all corners of the globe. Some of them are also rising in popularity, so we will break down a few more for you…

This includes outright betting, which is when you bet on the outcome of a team throughout the season. For example, you can place a wager on which team you think will win the Super Bowl at the beginning of the season.

You can do this at any point of the season, but you will usually get much better odds if you choose the outcome before the Super Bowl finalists have already been decided. The same applies to the playoffs.

If you thought a team might do well but not quite have the tenacity or skill to reach the Super Bowl final, you could bet on them to reach the playoffs at the start of the season. Again, as the results haven’t been determined, you will obtain better odds for this type of wager.

There’s a variety of new types of betting that have seen a rise in their popularity. One of the most well-known is parlay betting. This type of betting has experienced a resurgence in markets where multiple games, such as the NFL, will be played at the same time.

Again, this is not limited to the NFL and includes other sports such as soccer, tennis, and the NBA (National Basketball Association). The crux is that if you have three or four teams playing simultaneously, you can combine the outcome of all the teams winning, which multiplies your payout if you’re successful.