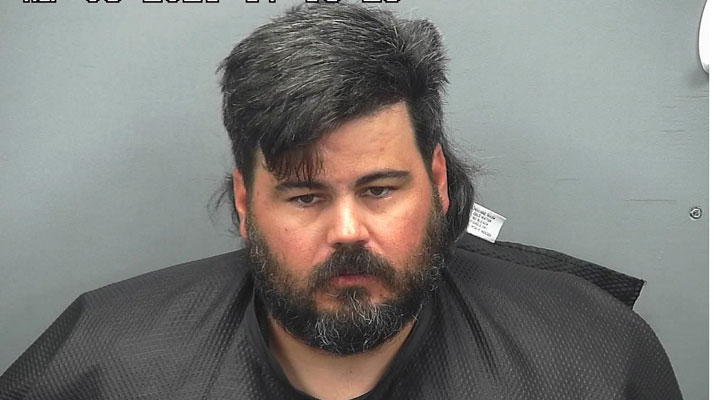 Contributed Photo/Courtesy GCSO: Numerous charges were filed against Brant Jones, 37, of Thatcher, after he allegedly fired a shot into the ceiling of his residence during a domestic incident.

THATCHER – Multiple charges have been filed against Brant William Jones, 37, of Thatcher, after a domestic incident on March 9 that included the discharge of a firearm.

According to Thatcher Police reports, officers responded to the Golf Course RV Park at 2075 W. Golf Course Rd. at about 11 a.m. on Tuesday, March 9, after the victim fled there following a domestic altercation that occurred at her home off Hoopes Avenue. The victim informed officers that her husband, Jones, had threatened to shoot her and then kill himself in a murder/suicide scenario and then fired a shot into the ceiling of their bedroom.

After firing the shot, Jones reportedly said he did so that she would “know what the sound was like” and then he tossed the 9mm Smith & Wesson handgun on the bed and walked out of the room. The victim said she cleared the chamber and removed the clip before hiding the gun under some clothes and putting the magazine and bullet from the chamber in a separate container on a shelf in the closet, according to police reports. The victim said Jones never pointed the gun at her.

Afterward, the victim retrieved her young child who was outside at the time of the incident, and took him to his preschool. Jones got into the vehicle with her as well.

Upon returning, the victim drove off by herself and met a friend at the Daley Stop, where she got into her friend’s vehicle and they fled down Golf Course Road. At that point, the victim tossed her cell phone out of the vehicle in fear that Jones was tracking her and the police were called utilizing her friend’s phone.

Jones was then located driving a red Nissan Frontier pickup truck on 20th Avenue and was taken into custody. Jones didn’t have any weapons on him and allegedly said he just fired the shot into the ceiling to get his wife to listen to him.

Officers later recovered a spent 9mm shell casing in the bedroom and noted a hole in the ceiling. However, the bullet appeared to lodge in the upstairs subfloor, and the officers deemed it unrecoverable without causing collateral damage to the residence. Officers also located the handgun and ammunition with assistance from the victim.

Jones was arrested and booked into the Graham County Adult Detention Facility and later charged with aggravated assault with a deadly weapon, disorderly conduct with a weapon, carrying a weapon in the commission of a felony crime, and threatening or intimidating and was given a $100,000 bond, which he posted on Wednesday, according to online court records.