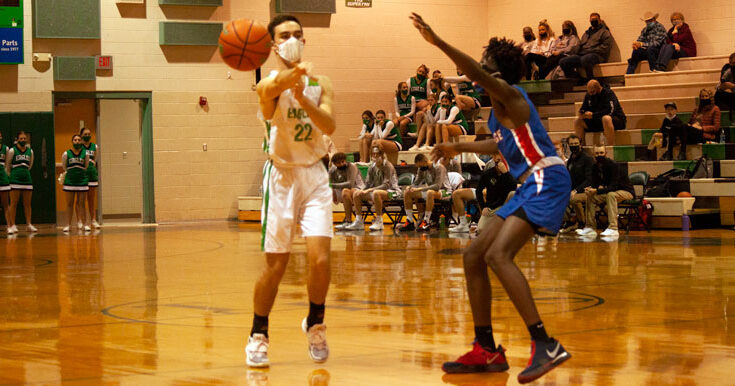 THATCHER – Close is good enough for horseshoes and hand grenades, but doesn’t quite cut it in the world of basketball.

The Thatcher Eagles have had several close games this year, with a bit too many going against them for the taste of first-year head coach Kyle Hull.

On Tuesday, the Eagles came back from down 10 in the final quarter to cut it to just a 2-point lead for the Bears with under two minutes to play. However, the effort came up just short as Coolidge found the hoop and Thatcher couldn’t, and the Bears left the Eagles’ Nest with a 57-53 victory. Coolidge has now swept the Eagles this season, previously winning by 3 points, 55-52, in Coolidge on Jan. 29.

“They played hard,” Hull said. “You gotta hand it to them.  Coolidge is a good team. We didn’t underestimate them by any means, but the game was very getable. That’s why it hurts – I guess – because it was very getable and we feel like we let it get away.”

In some aspects, the game was an intense battle of the deep bombers as Thatcher’s Michael Greer hit five 3-pointers on the night to tie a game-high 18 points with Coolidge’s Nick Harrison, who hit four triples himself.

Thatcher’s Bradley Curtis was dominant in the first half, hitting 11 of his 15 points to keep the Eagles tight. Curtis stepped back and hit a 3-pointer near the end of the first quarter to help Thatcher to an early 14-12 lead.

The second quarter belonged to the Bears, however, as they scored 20 points aided by 8 from Harrison to take a 32-27 lead at the half.

The third quarter was pretty even as the teams went back-and-forth. Harrison nailed a deep 3-pointer from the parking lot to give the Bears an 8-point advantage, but Brandon Napier (8 points) came right back with a 3 of his own to narrow the gap. Coolidge managed to slightly increase its lead, however and took a 44-38 lead into the final quarter of play.

In the fourth, Greer went off hitting a 3-point play the old-fashioned way with the bucket and foul and then drained a long-range bomb to bring the Eagles within 2 at 44-46 with about 6:30 left on the clock.

The Bears then went on a tear culminated with back-to-back 3’s by Harrison and Dru Madrid (10 points) to up Coolidge’s lead up to 10 with about four minutes to play.

But Thatcher wasn’t finished, as its full-press defense caused problems for Coolidge and created turnovers. The Eagles made the most of the extra possessions as Greer sunk two more 3’s and Napier stroked two free throws with 1:56 on the clock to bring Thatcher within 2 points, 53-55.

However, the Eagles couldn’t find the hole as Coolidge’s defense held, and the Bears left with the 57-53 victory.

“(It’s) another region game,” Hull said. “And we need it. We can’t underestimate them either. We feel like we’ve got to get them all from here on out, but they’re all getable.”

To view a photo album of pictures from the game click here.

Safford fell to the Pusch Ridge Lions, 53-80. Safford is currently fifth in the 3A South Central Region and ranked at No. 18 in the state in 3A.

The Fort Thomas Apaches (4-7 overall, 2-0 region) fell to the Ray Bearcats, 51-83. Fort Thomas will next host the Globe Tigers on Wednesday, starting at 7 p.m.

The Duncan Wildkats (11-3 overall, 3-1 region) defeated the Desert Christian Eagles, 52-43. The Wildkats will next host the San Manuel Miners on Thursday, Feb. 18, starting at 7 p.m.

The Morenci Wildcats (4-4 overall, 2-3 region) had their game with the St. Johns Redskins canceled. 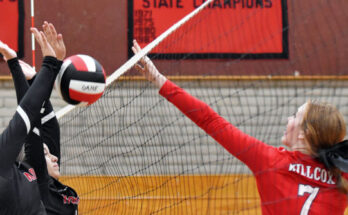 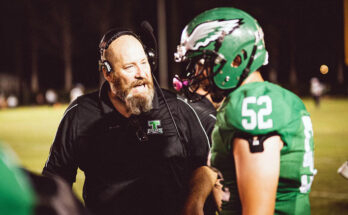 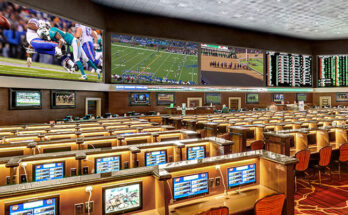