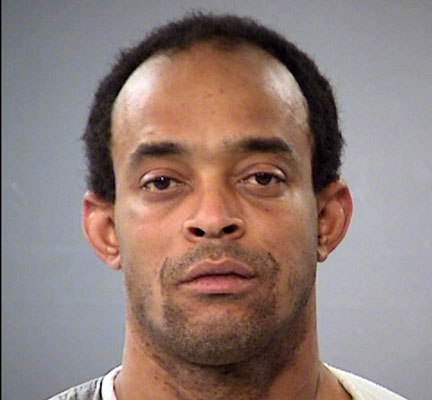 MORENCI – Iran Dewayne Munn, 45, of Memphis, Tennessee, was arraigned in Greenlee County Superior Court on Tuesday, May 12, and charged with three counts of luring a minor for sexual exploitation, possession of a deadly weapon by a prohibited person, and possession of marijuana.

Prosecutors allege that Iran had encouraged his 16-year-old biological daughter to begin a life of prostitution for him in a series of messages he had sent to her over the course of the previous two years. The victim lives with her adoptive parents locally.

On April 21, Iran reportedly came to Morenci in a semi-truck and trailer to see the victim but instead found deputies from the Greenlee County Sheriff’s Office waiting for him. After a brief struggle, he was taken into custody. A subsequent search of the truck located marijuana and a Taurus .357 Magnum revolver that Iran had apparently attempted to conceal in a pillowcase.

When arrested, Iran questioned what it was all about and the deputies advised that they had seen messages from him to his biological daughter that were sexual in nature. It was learned that Iran allegedly had used the Facebook and Snapchat applications under different names, including “Chase Cruise” and “Dwayne Money”.

The explicit messages included propositions to have intercourse with Iran and to do so with other men for money. One message advised that Iran needed the victim to “play like a naughty daddy’s girl” so he could “get my video production company up.” Another requested the victim send him naked pictures of herself from the chest area down and he, in turn, sent her naked pictures of women.

The victim pleaded with Iran to stop sending her such messages, advised she would never do anything like he was describing, and blocked him.

During the arrest, officers received permission from Iran to check his cellphone. As the deputy scrolled through the Facebook Messenger application, he showed Iran the messages from his account to the victim. Iran appeared surprised and confused and said he didn’t send the messages and that he has a lot of crazy women in his life.

The day Iran came to Morenci, the victim’s adoptive family received word from a family member in Tennessee advising that they had found messages of a sexual nature from Iran that were sent to an underage girl. The adoptive parents then questioned the victim, who showed them the various messages. The adoptive parents then contacted the Sheriff’s Office, which was ready to intercept Iran when he came to town and found him parked at the Conoco gas station.

Now, Iran sits in the Greenlee County Jail on a $200,000 bond awaiting adjudication for his alleged crimes.