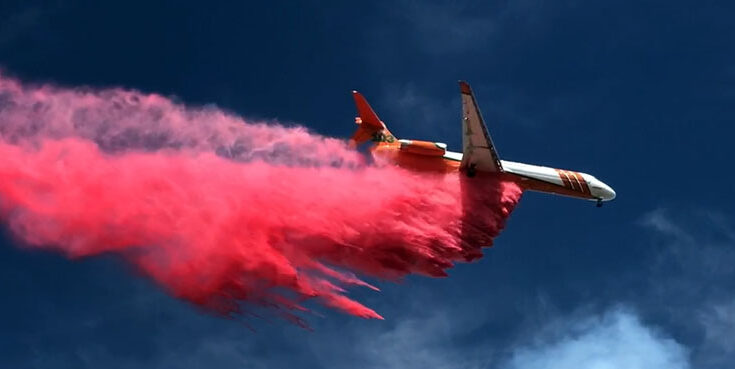 Contributed Photo/Courtesy Telegraph Fire Information: A tanker drops retardant on the Telegraph Fire. As of Tuesday, the fire has grown to 123,078 acres with 68% containment.

As of Tuesday morning, the fire was listed at 123,078 acres, with 68% containment. The fire has burned 22 structures and is now listed as the sixth-largest wildfire in Arizona’s history.

More than 1,000 personnel are battling the fire, which began June 1 south of Superior and has been deemed to be human-caused.