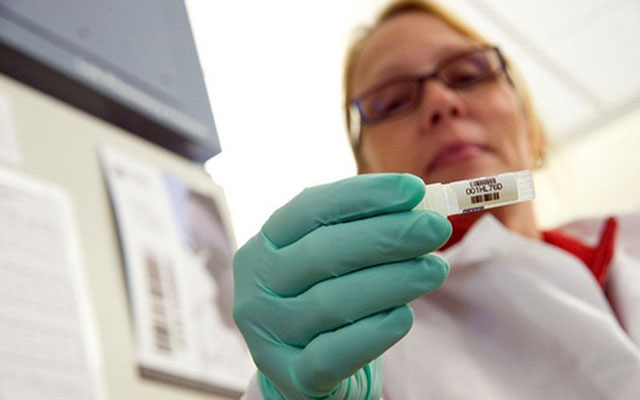 Photo courtesy Centers for Disease Control and Prevention: Most categories of sexually transmitted diseases are on the rise in the U.S., and Arizona is no exception. The state has seen a particularly sharp increase in the rate of congenital syphilis cases, surging from the sixth- to the second-highest rate in the nation in 2020, according to the CDC.

WASHINGTON D.C. – Congenital syphilis cases in Arizona rose more than sevenfold from 2016 to 2020, pushing the state from the sixth- to second-worst in the nation in that time, according to the Centers for Disease Control and Prevention.

And while the increase in Arizona leveled off slightly between 2019 and 2020, experts are not sure if that was because there were fewer cases or just fewer detected cases as COVID-19 made testing less accessible.

“There has been a change in access to care, whether that’s your primary care doctor is only … doing telemedicine or you can’t get into an urgent care because there’s a lot of COVID,” said Matthew Christenberry, with the Pima County Health Department.

Christenberry, project manager for the county’s Epidemiology Intelligence Unit, said it is currently looking through the county’s 2020 data on congenital syphilis to see if there were lower amounts of testing done or if the positivity rate decreased that year.

That was true for STDs generally. While both Arizona and the U.S. saw increases in syphilis and gonorrhea cases, Arizona’s rates for both diseases rose faster and higher. Only chlamydia fell between 2019 and 2020. Although Arizona fell slightly faster than the U.S., its chlamydia rate of 512.3 cases per 100,000 residents was well over the national rate of 481.3.

The state ranked 15th in rates of both gonorrhea and chlamydia in 2020, and sixth for rates of primary and secondary syphilis, which refers to the two earliest stages of the disease.

Christenberry said part of the problem could be the lack of access to prenatal care in the early days of the pandemic.

“What we think we’re seeing is some missed opportunities,” he said. “We just have to better understand how to get those individuals into prenatal care so that we can get testing completed and if somebody is positive during pregnancy, then we can get them adequately treated.”

But health experts like Christenberry noted that vulnerable communities have especially been at risk, even before the pandemic.

Dr. Leandro Mena, director of the CDC’s division of STD prevention, said pregnant women who struggle with substance abuse and poverty are less likely to be able to get tested, due to issues such as lack of health insurance and a stigma regarding STDs in their community.

Christenberry echoed Mena and added homelessness and incarceration during pregnancy as other prominent risk factors for not having access to testing and treatment for STDs, especially syphilis.

Arizona requires tests for congenital syphilis at three points during pregnancy, but Christenberry said the requirement can only be met if pregnant women can access providers. During the pandemic, people may have been “afraid to access that care” they needed, he said.

“People may not be aware of when they need to get tested,” he said. “But then also whenever a pregnant woman is out and they visit an urgent care or they visit their primary care doctor, but they’re not going to their OB/GYN during pregnancy … testing may not be occurring, because there could be an assumption that they’re getting tested.”

According to Mena, the key to monitoring congenital syphilis rates is to track primary and secondary syphilis among reproductive-age women before they can pass it on to their children.

“That would ultimately prevent … the newborn baby to have syphilis or have worse outcomes,” Christenberry said.