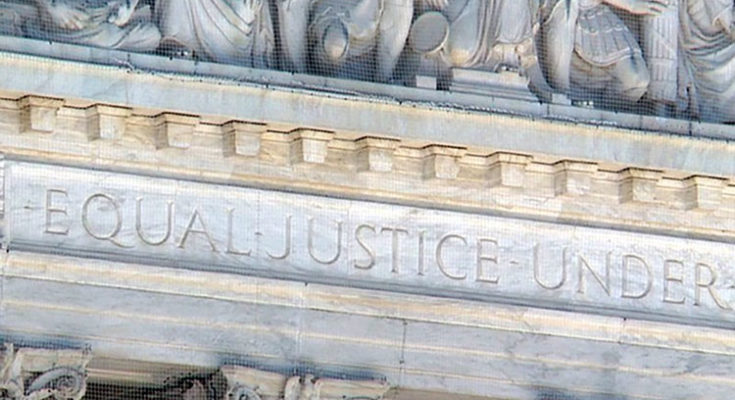 File Photo By Nathan O’Neal/Cronkite News: The U.S. Supreme Court declined to review an Arizona Supreme Court ruling that struck down a voter-approved law prohibiting bail for defendants charged with sexual assaults, a ban the state court said violated the right of due process for the accused.

WASHINGTON D.C. – The Supreme Court has refused to revive a voter-approved Arizona law that would deny bail to suspects in sexual assault cases, after that law was struck down as unconstitutional last year.

The high court declined without comment Monday to hear Arizona Attorney General Mark Brnovich’s appeal of a 2018 ruling by a divided Arizona Supreme Court that found the 2002 law violated defendant’s due process rights.

The state court, in a 4-3 decision last May, said that a blanket ban on bail when “proof is evident” that a defendant had committed sexual assault was unconstitutional. Arizona Supreme Court Justice Ann Scott Timmer, writing for the majority, said that trial judges “must make an individualized bail determination before ordering pretrial detention.”

That reversed a 2017 ruling by the Arizona Court of Appeals, which said the nonconsensual nature of sexual assault made it an inherently dangerous crime that the state was justified in denying bail for.

It also invited a dissent in the Arizona Supreme Court, in which the dissenting justices urged the U.S. Supreme Court to review the case, according to the appeal filed by Brnovich’s office.

Brnovich declined through a spokeswoman Tuesday to comment on the high court’s refusal to take up the case, and calls to victims’ rights groups that filed friend of the court briefs in the case were not immediately returned.

But the American Civil Liberties Union of Arizona, which had argued against the bail ban at the state level, welcomed the latest federal court’s decision to let the state high court’s ruling stand.

“Constitutional due process protections require judges to consider everyone’s unique circumstances when deciding who should be free while their case is pending,” Jared Keenan, criminal justice staff attorney for the ACLU of Arizona, said in a statement. “Blanket exclusions from bail eligibility based upon the alleged crime violates the presumption of innocence.”

Chris Cottrell – who was just 12 when he helped introduce the measure that became known as “Chris’ Law” – was disappointed that the case would not get another hearing, because, he said, “this is clearly an issue that needs to be reviewed at a larger level.”

Cottrell was inspired to work with state lawmakers to draft the law after three siblings were molested by a babysitter, only to see the accused free on bail and sitting just a few pews from the family during church services that weekend.

“I didn’t want any other victim of sexual assault to being through the same thing – and be going to sleep at night with all the issues of being sexually abused, assaulted or raped – and then have to wonder, ‘Where is the person that did this to me?’” Cottrell said Tuesday.

What started as a homework assignment for Cottrell ultimately became Proposition 103, which added sexual assault, conduct with a minor under 15 years of age or molestation of a child under 15 to the list of crimes for which bail was denied. Previously, that list included capital offenses, felonies committed while on bail, and defendants who posed a significant danger to the public if released.

In all cases, the state has the burden of showing that “the proof is evident or the presumption great as to the present charge” before bail could be denied.

Voters approved Proposition 103 by a margin of 80.4 to 19.6 percent, according to the Arizona Secretary of State’s website.

The Arizona Supreme Court began to chip away at the law in 2017, when it ruled that the bail exclusion could wrongly include consensual teenage sex.

That ruling came at the same time that John Guy Goodman was being charged with the sexual assault of a woman in Tempe in 2010. After being told of DNA evidence linking him to the assault, Goodman told police that he committed the crime and that it was not consensual, according to court documents.

But a Maricopa County judge determined that Goodman could be released on $70,000 bail because the state could not show that he was an ongoing danger to the community. That decision was ultimately upheld by the state Supreme Court.

Cottrell disagrees with that reasoning, saying sexual assaults by their nature “are violent crimes, they are against someone else … that alone is (a) reason to deny bail.”

He said Goodman was not denied due process, noting that he confessed to the crime. The law, he said, was meant to “give judges the ability to do more to protect those who are victims of sexual crimes.”

While Cottrell is disappointed by the courts’ actions, he said he cannot imagine how victims of sexual assault might feel.

“I’m disappointed, in both the Arizona Supreme Court and in this result, that they took this step backwards in defending victims,” he said. “Especially when sexual assault everywhere else is being recognized for the important issue that it is.”