PIMA – The Pima Flippers had a wolf in their henhouse Friday night as Safford head swim coach Jacob Stiles-Culver returned to the pool he grew up in to do battle against his former team.

Stiles-Culver is from the Pima area and both swam and lifeguarded at Pima Pool during his youth.

“It was great being able to come back,” he said. “I grew up in the Pima Pool . . . It’s like coming home and just bringing my family and friends with me.”

Unlike other sports, having Stiles-Culver face off against the Pima team doesn’t harm them as it is no secret in the summer swim team to what they are going to do – send wave after wave of swimmers and just go faster than the opposing swimmer next to them.

Pima head coach Natalie Schlittenhardt said she was pleased with how her swimmers responded to the challenge.

“I was impressed,” Schlittenhardt said. “I saw some great improvement with some of the turns and starts and some of those things that are technique things that we’ve been working a lot on. (They) look a lot better for many of them. We still have a lot of work to do but I see improvement every meet.”

Stiles-Culver said he was also impressed with his team and their effort.

Pima will travel to Thatcher on Friday before taking the July 4 weekend off. After that, finals will be held at Safford Pool on Saturday, July 13, starting at 8 a.m. with the top eight swimmers in each event participating. So, the last chance to lower times for seeding for finals will be this Friday. 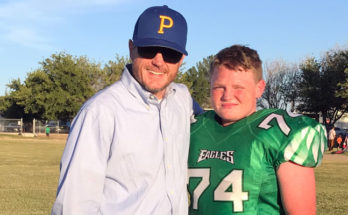