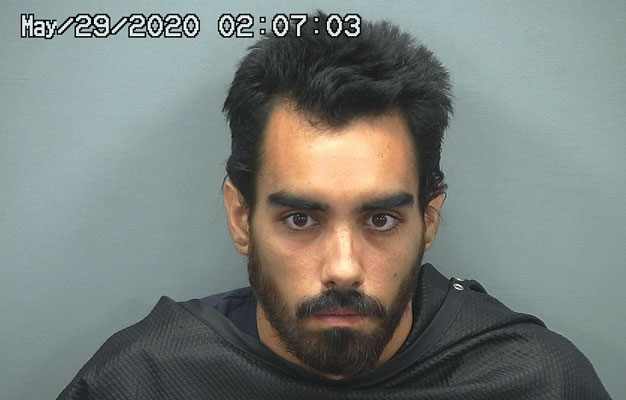 SAFFORD – A Phoenix man who ironically was driving through Safford late Sunday night on his way back home from a trip to Albuquerque, New Mexico in order to avoid police interaction was caught with 2.9 grams of cocaine and a joint of marijuana.

According to a police report, the man – identified as Anthony Abril, 27, – had traveled via Greyhound bus to Albuquerque to purchase the car he was driving. On his way back, he advised that he had picked up some cocaine in a truck stop in New Mexico and had used some of it as well as some weed during his trip home.

At about 11:30 p.m., a Safford officer noticed Abril traveling 55 mph in a 35-mph-zone and initiated a traffic stop at the Circle K at 1123 W. Thatcher Blvd. As the officer approached the vehicle, he reported smelling a strong odor of marijuana.

Abril provided a Medical Marijuana card, but it was from 2018 and was expired. During a tow inventory, the cocaine was found along with a plastic straw with residue wrapped up in a $1 bill. The joint was also found during the tow inventory, along with two digital scales, several plastic packaging materials and a blue prescription pill.