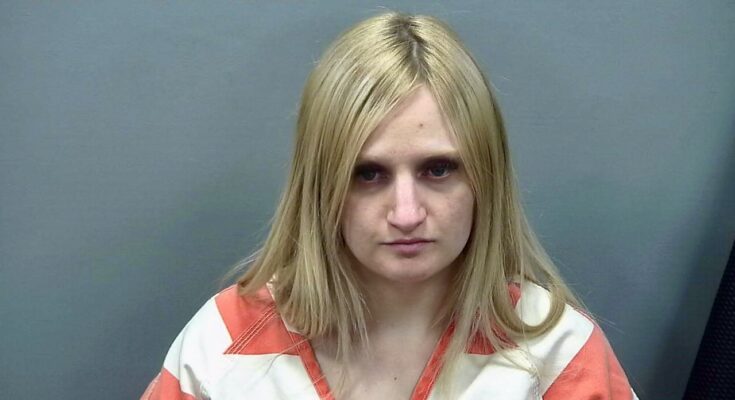 Contributed Photo/Courtesy GCSO: Sadie Boivin was booked into jail on multiple drug charges after being pulled over for traffic violations.

SAFFORD – A woman was apprehended with a variety of hard drugs after being pulled over for traffic violations earlier this month. The woman was found to also have her 9-month-old baby in the vehicle with her, but the officer deemed she was not driving while impaired.

An officer was on patrol at about 11:25 p.m. on May 1 when he saw a red, four-door Ford Explorer southbound on 1st Avenue traveling at 20-25 mph in a 35-mph zone. The officer also reported seeing the vehicle swerve over the yellow center line several times and at one point the Explorer nearly came to a complete stop in the middle of the road, according to the officer’s report.

The officer initiated a traffic stop and identified the driver as Boivin. Also in the car was Boivin’s 9-month-old baby in a car seat. Boivin allegedly explained the swerving was due to a bad spare tire she had on the front.

Boivin was not in possession of a driver’s license, however, and a records check showed she had recently been wanted on a felony warrant and was arrested for possession of a dangerous drug in January.

Boivin allegedly told the officer that the drugs were not hers and that her daughter had changed her life and that she was currently 3-months pregnant.

After not finding any contraband in the officer advised Boivin that she needed to obtain a valid driver’s license if she was to continue to operate a car. Boivin reportedly thanked the officer for giving her a break, but as she was speaking to him he reported he could see what appeared to be a plastic baggie sticking out of the side of Boivin’s bra near her armpit.

When asked what it was, Boivin allegedly attempted to conceal it but then handed it over to the officer. When doing so, the officer noticed more plastic baggies and ordered her to hand them over as well. After initially denying having anything else on her, Boivin ended up handing over four total bags with the various hard drugs.

Boivin was then booked into jail and her daughter was given into the custody of a person of Boivin’s choice. Her SUV was also towed from the scene.