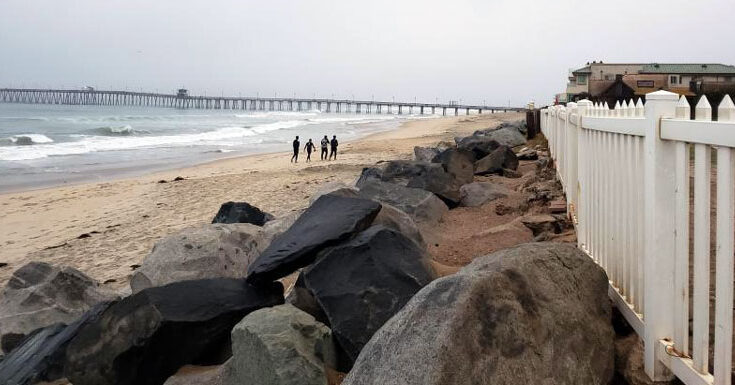 Contributed Photo/Courtesy U.S. Customs and Border Protection: U.S. Border Patrol agents arrested four men from Mexico who swam around the international border wall into the United States. Agents also arrested two additional men who picked up the border crossers north of the border in an effort to transport them further into the U.S.

IMPERIAL BEACH, CALIF. – Sunday, at approximately 6:20 a.m., U.S. Border Patrol agents arrested four men from Mexico who swam around the international border wall into the United States along with two additional men who picked them up north of the border to transport them further into the U.S.

Shortly after 6 a.m., an agent patrolling the Imperial Beach coastline near Seacoast Drive and Admiralty Way observed four men walking north along the beach.  The men were wearing torn wetsuits and were not carrying any equipment, such as surfboards.

When the agent approached the men, they fled.  After a short chase, the agent was able to apprehend one of the four, a 17-year-old Mexican national.  The agent requested additional agents for assistance.  As other agents arrived, they saw the other three men get into a GMC Acadia SUV.

Agents conducted a vehicle stop on the SUV as the driver attempted to leave the area.  The driver, front-seat passenger, and the three men in wetsuits who were in the rear seat and cargo area were Mexican nationals illegally present in the U.S.

The five adults and one juvenile were transported to a nearby Border Patrol station for processing.  The driver and front passenger were charged with alien smuggling and the vehicle was seized by the Border Patrol.

“As a constant reminder to the public, if you see something out of the ordinary near the coast, don’t hesitate to call authorities,” said Chief Patrol Agent Aaron M. Heitke.  “Attempting to swim around the border wall is very dangerous, especially in the thick fog that was present that morning, yet callous smugglers continue to guide people on this dangerous course.”

If you have information about maritime smuggling or suspicious activity along the California coastline, please call the Maritime Coordination Center (MCC) at 1-562-283-7820 or notify local law enforcement by dialing 911. 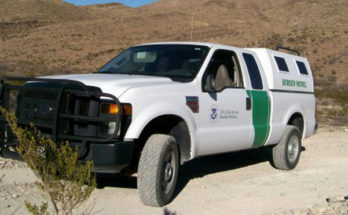