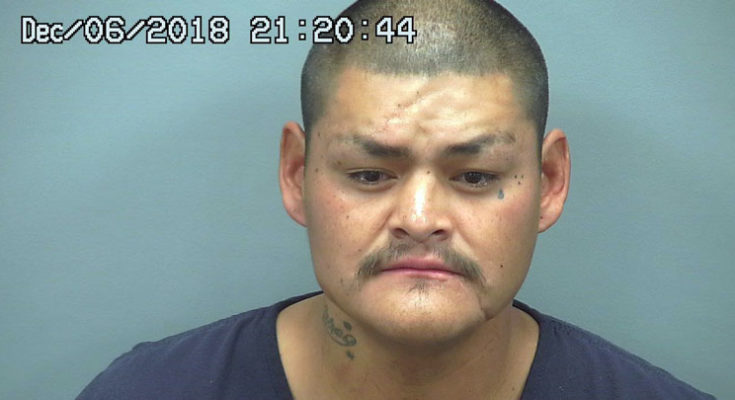 SAFFORD – Mario Lorenzo Sanchez, 30, was arrested for shoplifting liquor from Walmart on Thursday and was booked into the Graham County Adult Detention Facility.

It was Sanchez’s sixth arrest for either shoplifting from or trespassing at Walmart since 2014. Previously, he was caught shoplifting a bottle of vodka during the store’s Black Friday event.

On Thursday, officers were dispatched to the store at 755 S. 20th Ave. at about 3 p.m. after a store manager noticed Sanchez in the store. However, Sanchez had left prior to police arrival.

The officer then patrolled the area and located Sanchez walking in the Mt. Graham Shopping Center.

Sanchez allegedly admitted to stealing three bottles of whiskey from Walmart, later valued at $38.42. The liquor was returned to the store.

Due to Sanchez’s multiple arrests for shoplifting from Walmart, the officer arrested him for the use of an artifice in a theft to commit the shoplifting as he had placed the liquor bottles in his backpack. The charge increases the penalty from a misdemeanor to a felony. Additionally, the officer noted he would charge Sanchez with shoplifting with multiple priors and criminal trespassing.

Sanchez was then transported to the jail and booked without further incident.