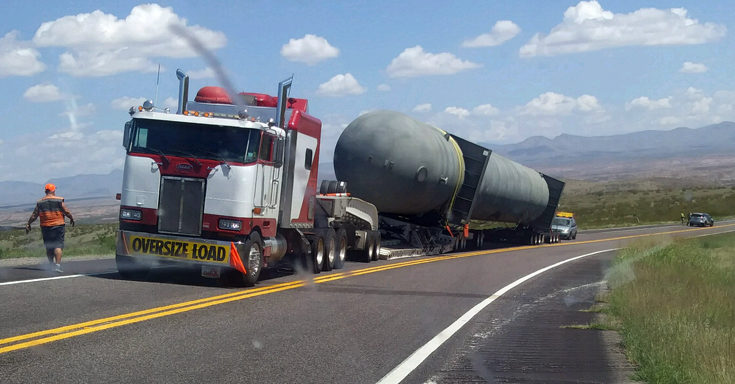 Contributed Photo/Courtesy DPS: A semi hauling an oversized load broke down on U.S. Highway 70 on Monday and prompted its closure.

GREENLEE COUNTY – The breakdown of a westbound semi-truck carrying an oversized load caused the closure of U.S. Highway 70 at about 10:37 a.m. There is no estimated time for its reopening.

The incident is located at milepost 374.5 just out of Duncan.

Authorities are attempting to retrieve a crane to help fix the problem, but there is no estimate to when the highway may be reopened and it could be closed until mid-morning Tuesday.