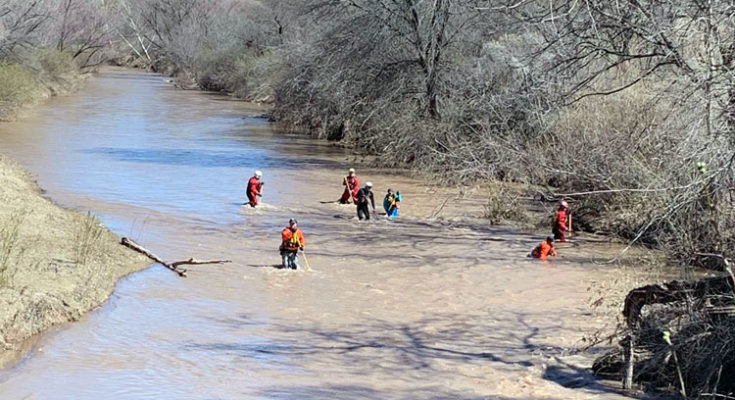 GREENLEE COUNTY – The search for drowned kayaker Dylan Archuleta, 26, ended March 10 after a week of searching more than nine miles of the Gila River by numerous agencies with specialized equipment from land, water, and the air failed to locate him.

Emergency responders were initially dispatched at about 3:06 p.m. on Sunday, March 2, to an area about a quarter-mile above the Old Safford Bridge.

According to a witness who was camping at the nearby Black Hill Byway Campground, a man who was kayaking with Archuleta became caught in a logjam and when Archuleta attempted to help free him he was caught himself. Archuleta’s Kayak then flipped and he was trapped underneath the water unable to get out of the kayak.

The other kayaker yelled for help and swam to alert those nearby to call 9-1-1.

When rescue agencies arrived, they attempted to pull Archuleta and his kayak out of the water, but Archuleta slipped out when the kayak was overturned and sunk into the Gila River, which was reportedly moving at about 320 cubic feet per second. Neither kayaker were wearing life jackets.

The search for Archuleta involved numerous specialized rescuers from counties throughout Arizona, state and federal agencies, and a private industry group with specialized technology as well.

Archuleta was an avid outdoorsman and enjoyed fishing. A GoFundMe page has been set up here to help his family.