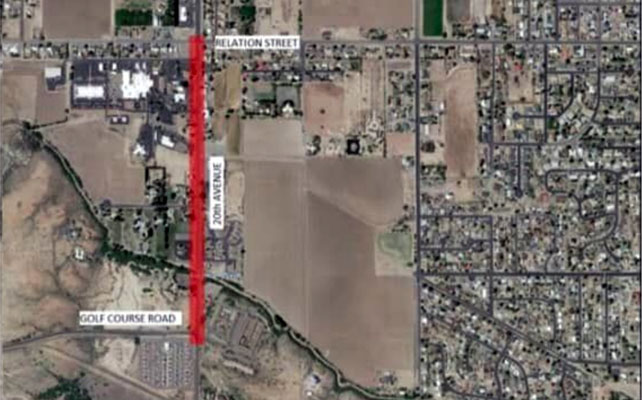 SAFFORD – On Friday, the city of Safford announced on its social media page that construction to widen 20th Avenue from Relation Street to Golf Course Road will resume Tuesday, July 5.

Construction initially began in September 2021 but was halted in May 2022, when there was a concrete shortage. With construction resuming, motorists should be aware of possible delays and/or lane closures while traveling through the construction area.

The project was originally slated to come in at about $4.4 million but delays due to material shortages have since added an additional $1.3 million to the price tag – which was covered by COVID funds and the state.

The construction will increase the existing road into five lanes with curb, gutter, and sidewalks on both sides of the street. According to the city of Safford, other improvements include storm drains, a center turn lane, concrete driveway entrances, retaining walls in some locations, and a 12-inch water main replacement.

The path is being closed for the extension of the city’s reclaimed water line.