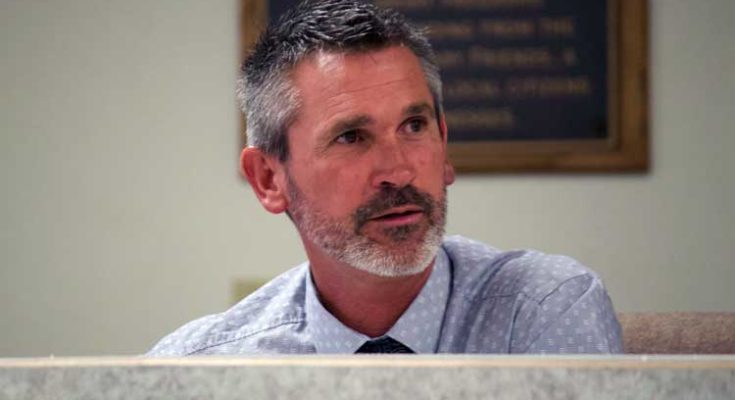 Mayor believes, however, that the curfew should be site-specific

SAFFORD – Following the statewide curfew put in place Sunday by Governor Doug Ducey after protests and looting in the Phoenix area, Safford Mayor Jason Kouts advised that Safford will comply with the order but believes it should be site-specific.

The curfew will last from 8 p.m. to 5 a.m., from May 31 to June 8. As it is a statewide curfew, the same regulations exist in Thatcher, Pima, Graham and Greenlee counties and the rest of the state and is imposed by Governor Ducey.

The curfew restrictions do not apply to:

Kouts told the Gila Herald that Safford Police Chief Glen Orr advised that no unlawful gatherings have taken place so far in Safford from the latest unrest and that anyone breaking the law would be arrested.

“Chief Orr also said he will not allow any looting by protesters – they will be arrested immediately,” Kouts said. “Peaceful protests are always welcome. It promotes change, but rioting and looting promotes division and hate with no constructive outcome. I believe in the community and the desire for justice and a positive future for our children.”

“I just want to reiterate, we are not shutting down any private business after 8 p.m.,” he said. “They fall under the category patronize or operating a private business. So, please, as always, support our local businesses.”

In a news release, Chief Orr said people would not be arrested for violating the curfew unless there is a secondary reason.

“The Safford Police Department will be enforcing the Governor’s order with common sense,” Orr said in the release. “This means we will not be arresting people for curfew without some other underlying situation. We will be educating the public of the order and its purpose. If a situation were to arise in the city of Safford we would take action to stop any criminal activity including using the executive order.

The citizens of Safford have been very good to the Safford Police Department and other local law enforcement. As officers, we will continue to strive to gain trust, and overcome barriers between law enforcement and the public.”

“The Graham County Sheriff’s Office wishes to clarify our view of the recent curfew order issued by Governor Doug Ducey.  Along with other sheriffs in the state of Arizona, we see this temporary order as an additional tool, if needed, in the event a group or groups of people engage in criminal activity.

This order is not intended, nor will be used by the Sheriff’s Office, to stop or inhibit citizens from their evening activities and travel.  The Sheriff’s Office, as well as local law enforcement, will protect the rights of all citizens while maintaining peace in our communities.

We also want to take this opportunity to express our gratitude to the citizens of Graham County.  We have witnessed terrible events in our country and within our state.  We express appreciation for the support of this community in these unprecedented times.  On a daily basis, we see the quality of people in our valley, and thank you for your assistance in these difficult times.”

The Greenlee County Sheriff’s Office also issued a statement saying it would not attempt to enforce the curfew order from the governor.

“There are laws against rioting already, and we do not see a need in Greenlee County to stop people from going about their lives, including the major shift work at the Morenci FMI mine,” Sheriff Tim Sumner wrote in a post on social media. “It is unfortunate that a few people’s actions cause blanket orders that affect all. The Executive Orders have been coming out frequently, and this one being extremely short notice makes it almost impossible to comply with. As the sheriff, I advised my deputies and staff we would not be enforcing the COVID-19 orders and now we will not be enforcing this curfew order, as again, it is not a law. If there are any groups gathering to commit crimes and destroy property, then we will deal with that situation, but we are very confident these types of actions will not occur in Greenlee County.”

Riots nationwide have erupted over the Minnesota incident in which Minnesota Police officer Derek Chauvin killed George Floyd. Those in Phoenix are also believed to be protesting the fatal shooting of Dion Johnson by an Arizona Department of Public Safety trooper after a “struggle”.

Chauvin was terminated from the police department and has been charged with third degree murder.