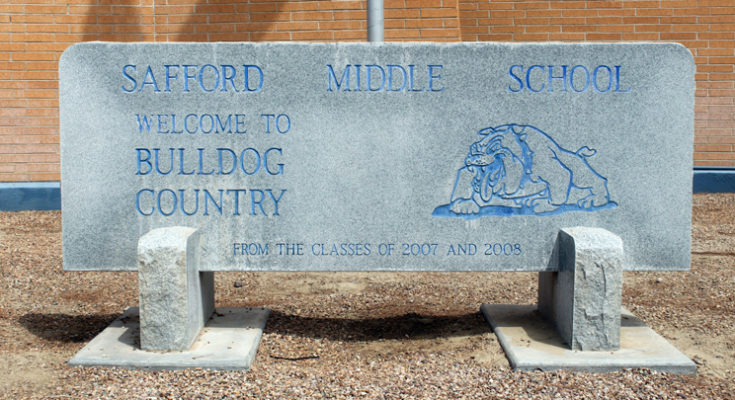 The BB gun had the appearance of a real handgun and had been shown to several students, according to a letter from the Safford Middle School to parents.

A student informed the school’s administration about the gun at about 12 p.m., and the school called the Safford Police. An investigation by the school and the police ensued, and the BB gun was found in the student’s locker.

In this day and age, bringing any type of gun – even if it is a BB gun or an airsoft pistol – onto a school campus is a serious offense.

According to the letter, the school and law enforcement are taking “appropriate” disciplinary and legal action against the student.