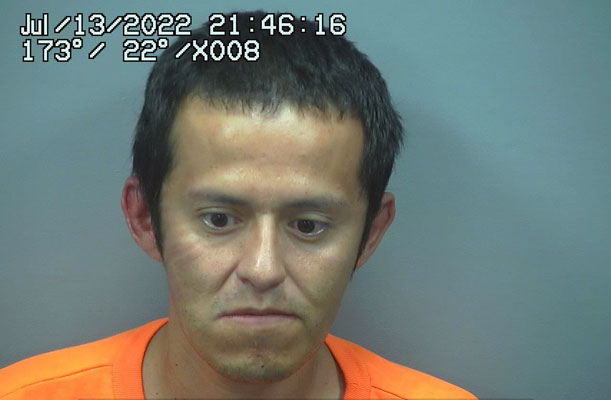 Contributed Photo/Courtesy GCSO: Jose Angel Hernandez, 33, was sentenced to 13.5 years in prison for possession of child pornography on his cell phone.

SAFFORD – A chance perusal of a cell phone owned by a man on probation led to the discovery of child pornography and, ultimately, a prison sentence.

Jose Angel Hernandez, 33, of Safford, was sentenced Wednesday to 13.5 years in prison. The case was prosecuted by Graham County Attorney L. Scott Bennet with Daisy Flores for the defense.

In accordance with the stipulated plea, Hernandez was given 13.5 years on the sexual exploitation charge and was also given three separate probation “tails” for each amended count of attempted sexual exploitation. For each of those counts, he will be placed on supervised probation upon his release from prison and must register as a sex offender. Failure on probation could result in a prison term of 5 – 15 years on each count.

The case against Hernandez began on Aug. 19, 2020, when a Graham County Probation officer located multiple videos on Hernandez’s cell phone that appeared to show young children being sexually assaulted.

When questioned about the footage, Hernandez allegedly acknowledged he knew it was “underage pornography” and said he had downloaded it from the internet. He then expressed his desire to not answer any further questions prior to speaking with an attorney, according to a Safford Police report.

In December 2020, Safford Police were informed by the Arizona Department of Public Safety that a complete analysis of Hernandez’s phone and its contents was complete.

According to the forensic examination of Hernandez’s Motorola cell phone, there were 31 images and nine videos that were identified as child abuse/illegal child pornography.