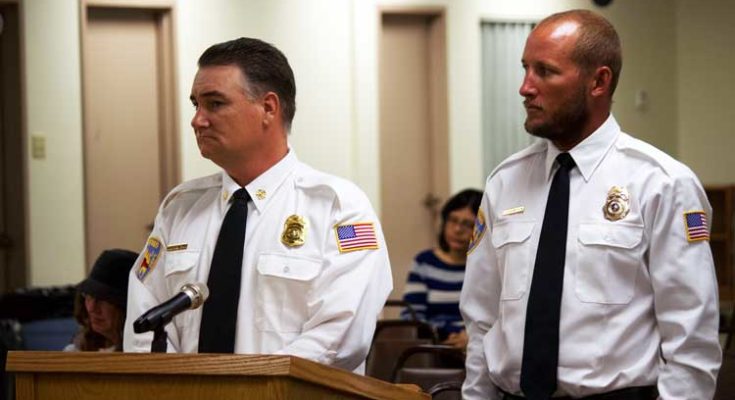 SAFFORD – On Saturday morning, the Gila Herald posted a release from Safford Mayor Jason Kouts regarding an alleged incident of inappropriate behavior by some firefighters during Independence Day. In the release, Mayor Kouts said the city would investigate the situation and the city council would be brought a report including recommendations of any disciplinary action and training necessary to ensure that this behavior is not repeated in the future.

To the members of the BLM Forest Service, I also apologize for the lude and inappropriate comment harled at you during one of the two fire incidents on the fourth of July.  There can not be a satisfactory explanation for the comments made by a member of our department. Simply put, it was vulgar and inappropriate, for that, I apologize on behalf of the Safford Fire Department. We have enjoyed many years of cooperation and calibration in the vital public service we provide to the community and your ever willingness to step in and help us in time of need has always been appreciated.  I can only hope that we can get beyond this unfortunate incident as soon as possible and we can get back to the level of cooperation, assistance, and respect we have enjoyed while serving our community.

I am going to institute a mandatory training series on proper radio protocol for every member of my department as well as sensitivity training to ensure that behavior in public and private meets the level of professionalism expected of us when responding to an emergency call.

By now, it is common knowledge the city council has ordered an investigation I encourage everyone contacted during this process to fully cooperate with the investigating team.”