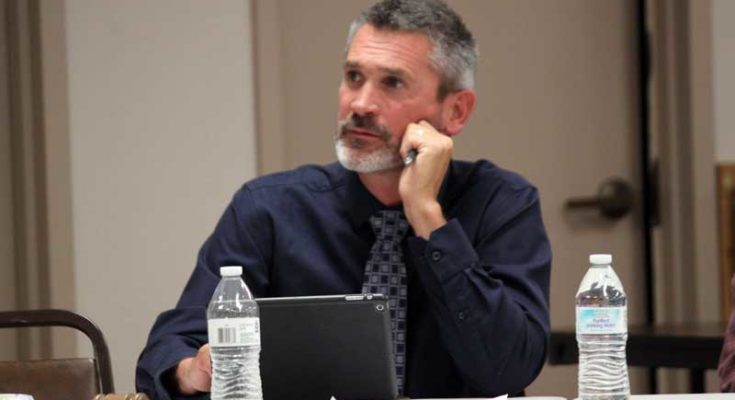 City residents likely to see an overall reduction, but Thatcher and county residents will only see an increase

SAFFORD – The proposed utility rate changes that have gone through different incantations over the past year have now been put to bed.

At its Monday, March 12 meeting, the Safford City Council unanimously approved lowering the city’s electric and natural gas rates by 10 percent and 5 percent, respectively, and passed a 13-percent water rate increase by a 5-2 vote, with Safford Mayor Jason Kouts and Councilor Gene Seale voting in the minority. 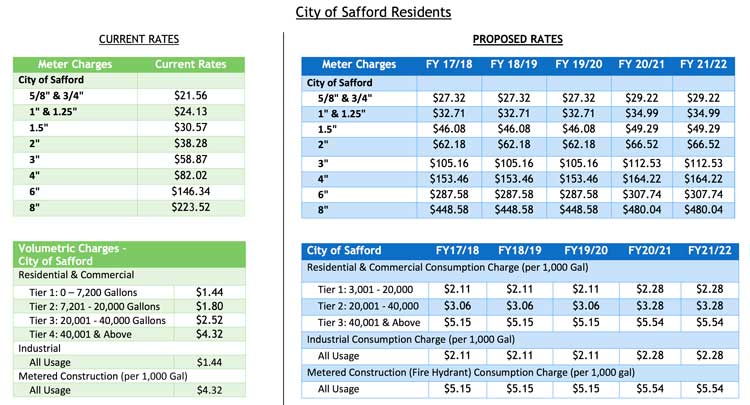 Safford City Manager Horatio Skeete has deemed the water increase as a necessity to pay for the $18 million in loans necessary to enable infrastructure repair of roughly 58 miles of major distribution lines. Skeete had proposed the town of Thatcher and Safford kick in .2 of their respective sales tax revenue to lessen the burden on the individual water user and would have evened water costs for Thatcher and Safford residents, but Thatcher declined the proposal. That caused what would have been a 3 percent increase in 2018 and a 5 percent increase in 2021 to turn into a 13 percent increase in 2018 along with an additional increase in 2020/21. Thatcher water customers will still have to pay their 10 percent premium on top of what Safford customers are charged, and customers in the county will have to still pay their 25 percent premium. 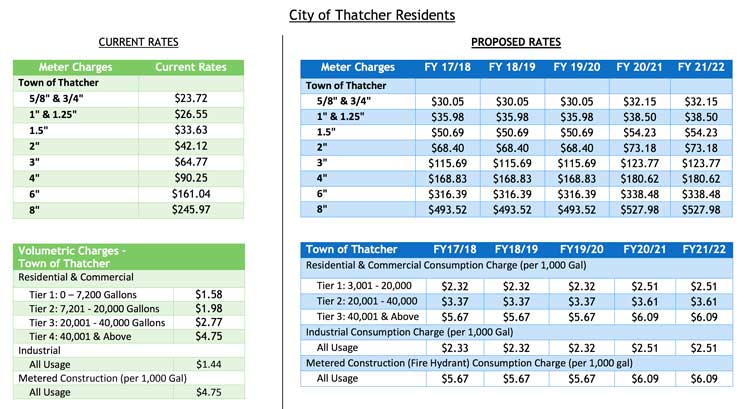 Additionally, the proposal switches billing back to a three-tiered system with the first 3,000 gallons included in the meter charge, which would be $27.32 for Safford residents with a 5/8- or 3/4-inch connection. That would increase the monthly bill for a low-water user who uses just 500 gallons of water per month by $5.04, from their $22.56 current charge. 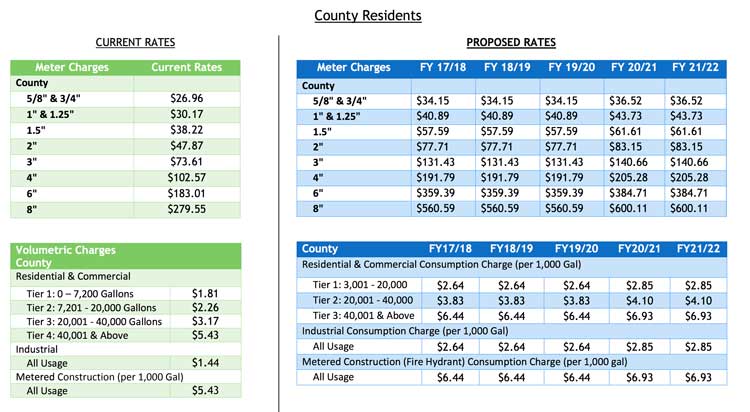 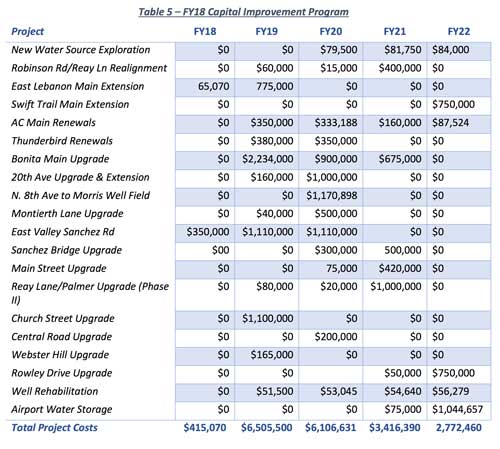 Previously, after seeing lowered revenues due to a decrease in use during the drought years and encouraged conservation, the Safford City Council did enact across-the-board incremental rate increases at its June 19, 2013, emergency meeting. That meeting resulted in the immediate 5 percent increase in the rates and scheduled increases of 17 percent in the fiscal year 2014-15 and additional 5-percent increases for fiscal years 2015-16 and 2-16-17. However, just as the first 17-percent increase was set to be implemented, the council decided the increases to be too high and withdrew them.

Prior to the council withdrawing those rate increases, then Safford Utilities Director Eric Buckley said the increases were necessary for the city’s water system to remain intact.

“The new rate schedule is timely and appropriate,” Buckley said. “The new water rate is, unfortunately, one of those not-so-pleasant but necessary issues we have to face time to time.”

The council ultimately decided to not face it in 2014, however, and now, with a new city manager and mayor at the helm, had to face the same issue again.