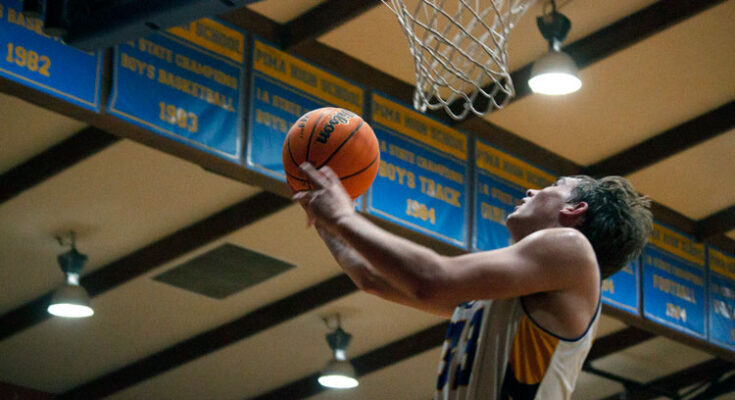 “I think they (St. David) have a shot at winning the whole 1A this year,” said Pima head coach Cliff Thompson. “They’re a tough team and we felt that if we gave them an inch they would be tough to deal with. I was concerned about this team. They beat us last year on the road, so we wanted to be ready tonight.”

Pima (2-0 conference, 7-2 overall) had a balanced inside/outside attack, and the size and athleticism of the Roughriders helped pave the way to easy buckets.

Down low, Seth Russell punished the Tigers and shot an outstanding 7-9 from the field for 77.8% on his way to a game-high 17 points and 5 rebounds. Coy Miller did his damage mostly from outside as the Pima guard shot 80% from behind the arc (3-4) on his way to 14 points and 3 assists on the night.

Grant Ashby was steady as usual, with a workingman’s 8 points on 4-8 shooting, including a crowd-pleasing dunk late in the second quarter, 3 rebounds, and 2 steals. Garrett Curtis showed off his variety of skills and scored at the rim and mid-range to finish with 10 points, 2 steals, and 1 assist.

Miller opened the game with a 3-pointer and the Roughriders never trailed. Pima hit for 17 in the first and second quarters, 16 in the third, and 14 in a mercy-rule running clock fourth quarter.

At the same time, the Roughriders held the Tigers to single-digit scoring each quarter, with 5 in the first, 8 in the third, and 9 in both the second and fourth.

Pima stormed out to a big early lead and had a 12-0 run in the first. Kydin Richardson broke the run with a 3-pointer late in the quarter and the Roughriders were up 17-5 after one period of play.

“We’re still making some mistakes defensively but we’re playing really hard,” coach Thompson said. “If you’re going to make mistakes, make them playing really hard. You know what I mean? You’re not going to get yelled at as much as if you’re being lazy. I feel like our effort was definitely there tonight. We gotta get better at a few things, but overall, I’m happy with our win this evening.”

Other Roughriders who scored included Leland Thompson with 7, Pierce Ashby, Sam Ray, and Nathan Skiba with 2 points each, and Dallin Kartchner with 1.

The game was the first for Pima since playing in the Pepsi Holiday Tournament in Flagstaff against bigger schools. Pima went 3-2 in the tournament, with both losses to 4A schools.

“It was a good tournament for us,” coach Thompson said. “We played a lot of really tough competition and it helped us see things we need to work on, and I feel like we grew a lot as a team while we were there as well . . . It’s a good team win. Overall, I think we’re coming together as a team.”

Both teams will then participate in the 59th annual Boys Eastern Arizona College Holiday Tournament on Dec. 20-22. Safford will start the tournament against Morenci at 9 a.m. on Dec. 20, and Pima will play its first game against Willcox at 3 p.m.

Fort Thomas will next play Thatcher in the EAC Holiday Tournament on Dec. 20, starting at 6 p.m.