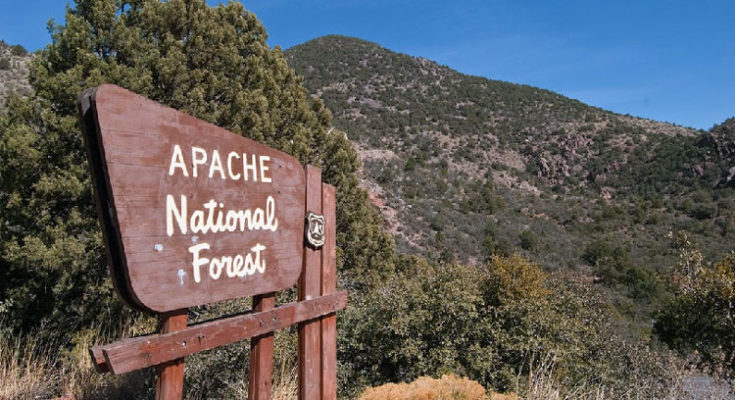 GREENLEE COUNTY – The Blue River Fire was listed at 1,439 acres with 40 percent containment Tuesday, and resources were released after rainfall Saturday and Sunday night slowed the spread of the fire.

The lightning-caused fire began June 29 and is burning in the Apache-Sitgreaves National Forest – Alpine Ranger District. The area is about seven miles southeast of Alpine near the New Mexico border and is in the scar of the 2011 Wallow Fire.

Due to the overabundance of snags from the Wallow Fire and rough terrain, the naturally occurring, low-intensity fire was being monitored by onsite crews and air resources. The fire was allowed to reintroduce fire into the ecosystem and restore natural fire regimes while removing excess fuels.

Smoke from the Blue River Fire may still be visible from Blue River Road going south of Alpine and light smoke may continue to impact the Campbell Blue and Blue communities. There are no road or trail closures or restrictions at this time.