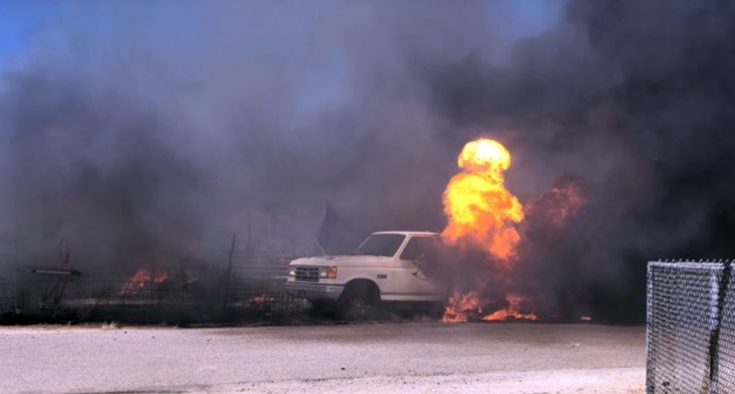 Contributed Photo/Courtesy Colton Wayne Saline: A residence in Tidy Acres burned to the ground Friday. The fire was accidentally started by the resident, who escaped without injury.

PIMA – An accidental fire that was somehow started by the male occupant ended up burning a manufactured home down to the grown in Tidy Acres on Friday afternoon. Tidy Acres is a subdivision in the southern end of the town of Pima.

The occupant was reportedly attempting to kill spiders by burning them when he caught his residence on fire.

First responders were dispatched around 2 p.m. to a residential structure fire at 346 West 1350 South and arrived to find the home fully engulfed.

According to town administrators, the resident accidentally started the fire himself and made it out without injury.

The Pima Fire Department battled the blaze and kept it to the single property for the most part even though there were plenty of objects that could allow it to jump to an adjoining residence.

According to a witness at the scene, a small bit of fire burned some property in a neighboring yard, but that was quickly extinguished before spreading to a second residence.

The Thatcher Fire Department had its assist vehicle at the scene and supported Pima Fire by supplying fresh air and fluids.

The residence, which reportedly held a large number of items collected by the owner, was a complete loss. Several items in the yard were also burned, including a pickup truck.