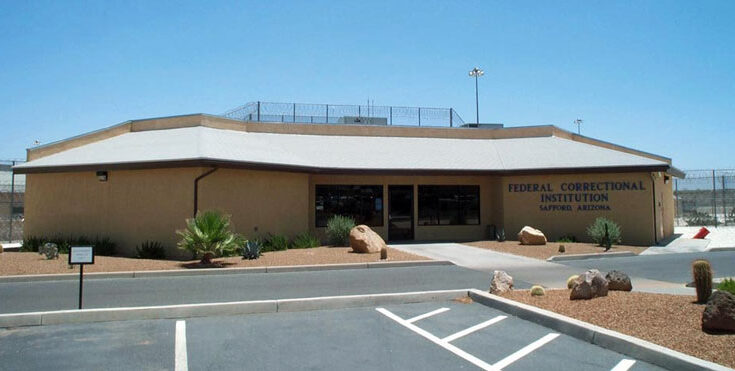 Several inmates were hospitalized after an incident at FCI-Safford on Thursday night.

Inmates reportedly suffered minor injuries and have returned to the prison

SAFFORD – “Several” inmates were hospitalized with what were described as minor injuries after an inmate incident at the Federal Correctional Institution – Safford (FCI-Safford) at 1529 W. Highway 366 (Swift Trail) on Thursday night.

According to Randilee Giamusso with the Federal Bureau of Prisons Office of Public Affairs, multiple inmates were observed fighting at the prison at about 6 p.m. FCI-Safford is a low-security federal prison for male inmates with a population of 792 incarcerated.

Giamusso didn’t elaborate on the reasoning behind the incident but advised that prison staff immediately secured the area and that no staff were injured and “at no time was the public in danger.” Giamusso also said the inmates who were transported to the hospital were treated for minor injuries and have returned to the prison.

However, residents near the prison reported hearing flash bangs, and the Graham County Sheriff’s Office was dispatched at about 7:10 p.m. regarding a “riot” at the prison.

According to Graham County Dispatch, deputies were sent to stand by in the parking lot to keep onlookers at bay who were there due to a riot inside the facility. Graham County Sheriff P.J. Allred confirmed deputies were dispatched to perform perimeter security but said they did not have to take action and were cleared.

The prison is currently not allowing any visitors while it deals with what occurred.

“An internal investigation is ongoing and the institution will return to normal operations status as soon as possible,” Giamusso wrote in an email to the Gila Herald.