GRAHAM COUNTY – Authorities are on the lookout for a man who allegedly stole an AT&T service van Friday night and led police on a high-speed chase before fleeing on an all-terrain vehicle (ATV) and then on foot.

According to a Sheriff’s Office report, a deputy was on patrol at about 11:25 p.m. on Ironwood Street south of Safford when he noticed a Chevrolet AT&T service van parked partially in the roadway in front of a residence. The van was open with its interior light illuminated.

Upon closer inspection, the deputy noticed the resident’s vehicle was not at the home, and he noticed a Hispanic male who was apparently attempting to remove a piece from an all-terrain vehicle parked next to a fence.

The deputy contacted the man and asked him what he was doing. The man initially said he was working on the vehicle and that he was allowed to be there. The man advised he would retrieve his phone and call the resident. However, upon returning to the van, the man immediately shifted the van into gear and accelerated forward, striking the deputy with the open door in the process.

The van then accelerated to more than 90 mph as it went north on U.S. Highway 191 before turning onto residential roads. The pursuit was terminated to not endanger others as the van turned and traveled down Solomon Road.

However, shortly thereafter, the van returned to the Safford area, speeding along U.S. Highway 70 at more than 90 mph and authorities blocked traffic at the intersection of U.S. Highway 191 and U.S. Highway 70. The van weaved through the highway lanes and then sped through the Speedway gas station parking lot before heading south on Hwy. 191 and then west on 8th Street.

The van then traveled through Safford residential areas and a Thatcher officer set up a spike strip on 26th Street. However, the van swerved onto the shoulder of the road to avoid the strip and the following Safford officer’s passenger tires hit the strip and were flattened.

The Thatcher officer followed the van, which by then had been reported stolen, to the area of Daley Estates. The van was later found abandoned in front of a house on Fairview, where the subject got onto an ATV and fled the area. The ATV was then found abandoned in the desert, and a deputy utilized its canine, Kukui, to trail the suspect.

However, the trail ended in the area of Anderson Street. Several pieces of evidence were gathered from the van, including a shirt and a cell phone.

The case is ongoing. 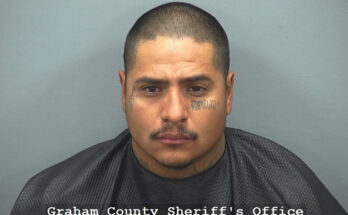 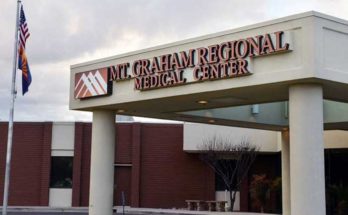