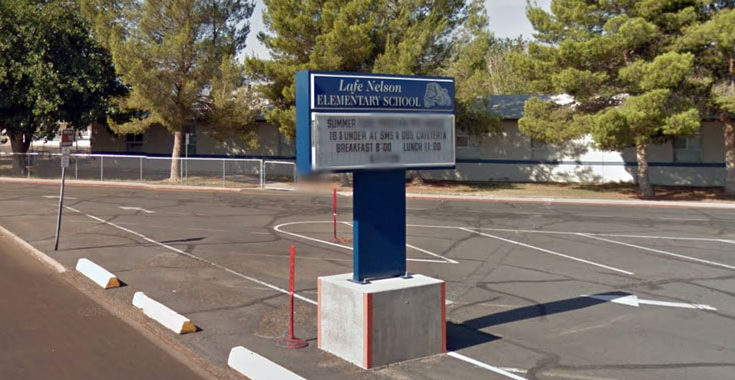 SAFFORD – The Lafe Nelson Elementary School at 1100 S. 10th Ave. went on lockdown Tuesday morning after a suspect being chased by police entered the campus.

According to a letter sent to parents from Lafe Nelson Principal D’Anna O’Mera, the suspect jumped a school fence at about 8:45 a.m. in an attempt to avoid capture. Officers pursued the suspect onto campus and quickly apprehended him, according to the letter.

The school remained on lockdown with teachers keeping students inside and nobody allowed on campus until about 9:30 a.m. to allow officers to search the grounds to make sure the suspect did not discard any illicit material that children could then be exposed to.

Once the officers announced the grounds were cleared, all restrictions were lifted.

“We would like to thank (the) Safford Police Department for (its) quick response and for taking the extra time to ensure the safety of our students – their safety was a top priority at all times,” O’Mera wrote in the letter. “I would also like to thank the staff and students for handling the situation responsibly.”