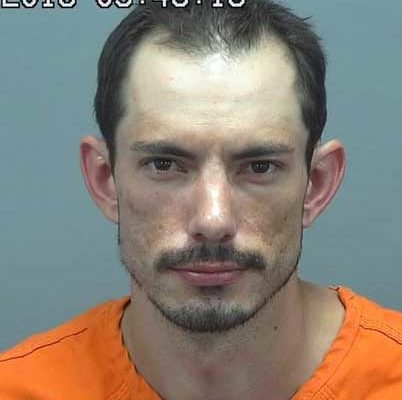 Contributed Photo/Courtesy GCSO: Sean Whitaker was booked into jail for aggravated assault after having a physical confrontation with his wife over bathroom hygiene product placement.

SAFFORD – This could be a case for double sinks.

An argument over the placement of bathroom hygiene products escalated into a physical confrontation that ended with a husband being taken to jail for allegedly assaulting his wife.

Sean Robert Whitaker, 30, was arrested and booked into the Graham County Adult Detention Facility on Monday, May 14, on charges of aggravated assault, criminal damage, and disorderly conduct – all with the domestic violence designation.

According to a Safford Police report, Whitaker’s wife, Erica, said Sean had actually been irritable for the past three days and that she believed he was under the influence of methamphetamine.

She said she was mad at Sean for throwing her shampoo away and the pair began to argue. Sean then began moving his hygiene products to a different shelf in the bathroom as the argument escalated.

At one point, Erica said she slapped Sean, who responded by grabbing her by her throat and pushing her against the wall while choking her. She said the choking lasted about a minute, during which she could not put her feet on the ground.

The officer failed to notice any marks on Erica, but she said she had delayed reporting the incident to avoid having the police get involved.

Sean corroborated Erica’s statement and added that she had also slammed the cabinet door on his fingers and that was what really set him off to choke her. The pair also agreed that Sean had kicked the victim’s bedroom door open, causing damage to it.

The officer advised Whitaker that he would send his report to the Graham County Attorney’s Office for pending charges against Erica for slapping him and slamming his fingers into the cabinet. However, he also placed Sean under arrest for his part in the confrontation and booked him into the jail without further incident.