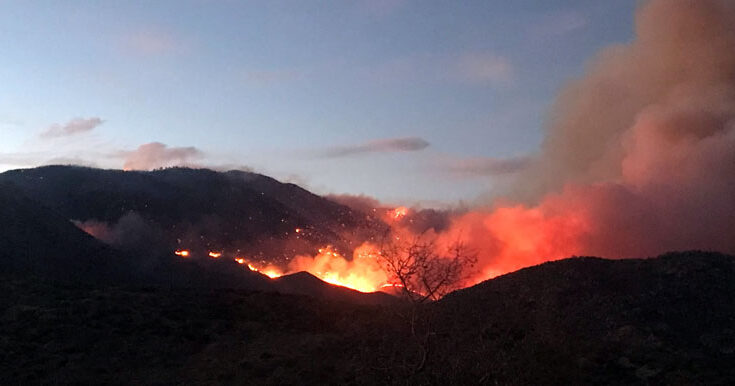 SANTA TERESA MOUNTAINS – The Pinnacle Fire burning in the Santa Teresa mountains west of the Gila Valley and just north of the Klondyke area has reached 2,200 acres in size as of Saturday morning.

The fire began Thursday, June 10, on Pinnacle Ridge on Coronado National Forest land northeast of Klondyke. It then spread into the Santa Teresa Wilderness. The cause is under investigation. The extremely low humidity of between 1 and 4 percent is aiding the fire’s growth as the evenings offer little respite.

Residences east of the fire and north of the Aravaipa/Klondyke Road area have been placed in a “READY” status as of 8 a.m. on Saturday.

A temporary flight restriction has been enacted by the Federal Aviation Administration around the fire area, which means all non-incident aircraft including drones are not permitted to be flown. Those who do so can be prosecuted under federal law. A closure order for roads and trails in the fire area is also being developed.