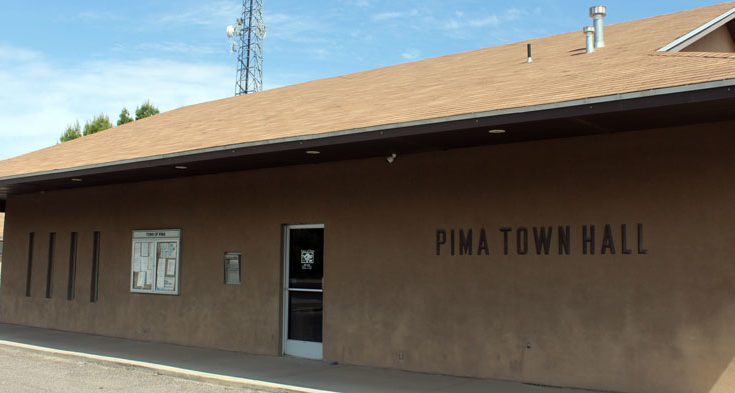 Money to be spent on road repair

PIMA – After using American Rescue Plan Act (ARPA) funds for “premium” hazard pay for town employees who worked during the pandemic and to upgrade the town’s sewer system, Pima will next use ARPA funds for road chip-sealing work and more.

During the Pima Town Council’s Tuesday night meeting, Pima Town Manager Vernon Batty advised that new legislation allows the first $10 million in ARPA funds to be released for additional uses and since Pima is only to be in receipt of roughly $850,00, it frees up all of its ARPA funds. So far, the town has received about $425,000 in ARPA funds and has spent about $50,000 on premium pay and about $70,000 on the sewer upgrades, according to Batty.

During his presentation to the council, Batty said the town used to be on a schedule of chip-sealing its roads but that has gone by the wayside over the past few years. He then requested the town use $100,000 in ARPA funds to chip-seal about nine miles of road. The request was granted unanimously by the council.

Additionally, Batty said that in the future, the town could utilize all of its ARPA funds for salary and then use the same amount of money budgeted for salaries for whatever use since there would be no restrictions on those funds.

In other town news:

Town Manager Vernon Batty informed the council that he had applied for a grant to expand its soccer fields and to install sprinkler irrigation. Batty had already finished the application due to time constraints and was now taking it to the council for approval afterward. He added that the Pima High School advised they would field a co-ed soccer team if the town supplied a field with sprinkler irrigation and that the application could be removed if not approved by the council.

The $200,000 grant has a $100,000 co-pay from the town, which Batty said he planned on doing so in the form of the land in which the town plans to expand the soccer fields. The council then unanimously approved the application.