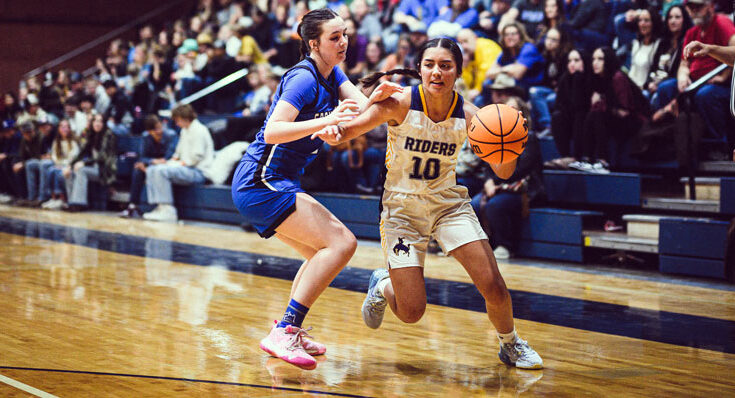 PIMA – The Snowflake Lobos girls basketball team brought the frigid north down to Pima on Thursday in an attempt to steal a victory, but the Roughriders came out on fire in the second half to thaw their way to a 41-31 victory.

Pima came out strong in the first period behind Ashlynn Chlarson, who hit 6 of her game-high 21 in the period.

Chlarson was aided on the outside by Ella Wiltbank,(two 3-pointers, 7 points total), and Jayci McClain, (one 3-pointer, 9 points total) who both nailed long balls to help propel Pima to a 15-6 opening period lead.

But Snowflake clamped down on the defense in the second period and held the Roughriders without a field goal. The only points for Pima in the period came on three free throws from Chlarson and one from Wiltbank.

Conversely, Livi Schneider was getting it done for Snowflake with 5 of her 11 team-high points in the period. On the outside, Kinzee Brogan (7 points) nailed the first of two 3-pointers on the night and we’ve got a game heading into the half with Pima only up 19-15.

As per their M.O., Pima came out with pressure defense in the third period and allowed only one field goal and a total of 4 points.

Points were hard to come by, but Pima got a couple of field goals from Maddie Gann (4 points) to help McClain and Chlarson, who also scored to push the lead to doubled digits, 30-19 at the end of the third.

Pima previously visited Benson on Wednesday, Jan. 4, and left with a 53-28 victory.

Visit our Facebook page to see more pictures from the game. 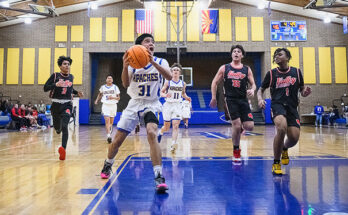