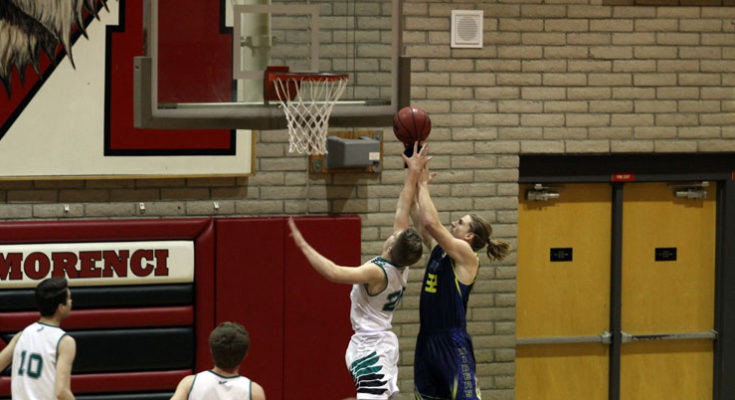 Photo By Stan Bonifacio: Pima’s Jake Whitaker puts it off . Pima prevailed over Thatcher, 60-39 in the 2A East Regional Tournament semifinal and will face Morenci in the final Friday night.

The tournament champion will be decided in Morenci on Friday, Feb. 8 starting at 7 p.m.

The final state rankings will be made Saturday, Feb. 9 and the state play-in tourney for seeds 9-24 begins next week with the higher seeds as hosts. The winners advance to the 16-team state meet in Prescott.

A week later, the visitors again prevailed in the Thatcher versus Pima pairing. However, this time Pima was the visitor, clad in dark jerseys and Thatcher was the home team wearing white jerseys.

The Roughriders brought their “A” game and led 7-0 with 2:13 elapsed in the game, and 9-1 with 3:47 left in the opening period before Thatcher scored its initial field goal. Pima put up double-digit scoring in each period compared to one by Thatcher. The Roughriders led 31-14 at halftime and 48-30 at the start of the fourth period.

There was no question of the outcome and it became a complete team effort for the Wildcats, with the starters scoring 45 points and the reserves adding 22.

Benson outscored Morenci’s reserves 20-9 in the fourth period, but Morenci led 58-22 through the first three periods.

Morenci led 19-0 through the initial seven minutes of the opening period. The Bobcats had eight turnovers before connecting on their seventh shot attempt, junior Carson Barney’s 3-pointer with 49 seconds remaining. The Wildcats added another two points with a second left.

The host Wildcats went up by 25, 28-3 before the Bobcats scored a second field goal, senior Austin Smith’s 3-pointer with 5:32 left in the first half. 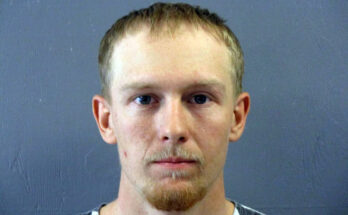 Man sentenced to 7.5 years for sexually assaulting a 12-year-old girl in Greenlee County 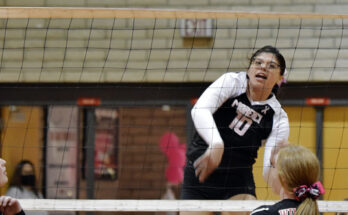