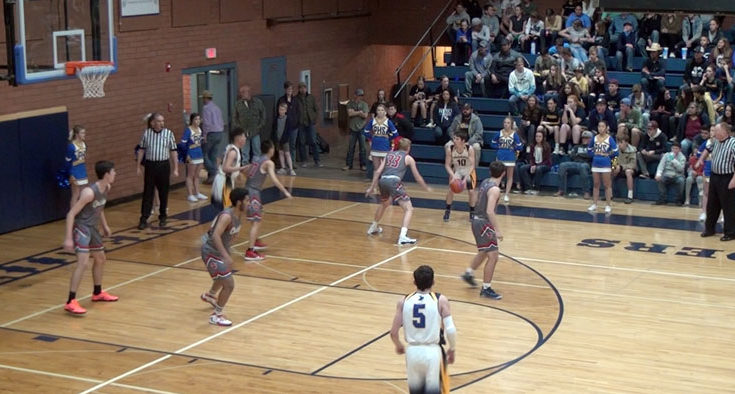 Thatcher previously beat Pima, 56-48 during Eastern Arizona College’s 57th annual Holiday Tournament and avenged an open-season loss to Safford by beating the Bulldogs, 55-47 on Jan. 10. Now the Roughriders will look to avenge an earlier season loss with the winner taking the early advantage on top of the 2A East. With both teams playing well, the region championship could end up coming down to the last regular-season game of the year for Pima when they visit Thatcher on Feb. 6.

After a month on the road, the Roughriders received a harsh home reception from Scottsdale Christian, who blew out the Roughriders, 69-36 on Saturday.

“The score differential doesn’t indicate how good of a team Pima is,” said Scottsdale Christian head basketball coach Bob Fredericks. “It was our night. We came in (and) we executed plays that we rehearsed perfectly. We did a good job of scouting and being ready to play . . . In the second quarter, we just got on a run. Our bench played spectacular. Our taller lineups worked; our smaller lineups worked particularly well tonight. It was just a good team win. All our kids were unselfish in that second quarter and made the extra pass and got good shots and then we got a running game going. The second quarter was probably as good as we’ve played all year.”

Scottsdale Christian utilized the long ball as Jordan Moody opened up the scoring with a 3-pointer off the Eagles’ first possession. Levi Thygerson answered with a drive into the lane for two, but that was as close as Pima would get as Scottsdale Christian opened up an early 13-2 lead on the Roughriders with 3:24 left in the first period. Moody led the way with 19 points off eight field goals (three 3-pointers), followed by Matthew Fan with 16 points off six field goals (two 3-pointers and 2-2 free throws). Jacob Eckre contributed 10 points and Ryan Ohlinger rounded out the top scorers with nine.

Pima fought back in the first period behind its scrappy point guard Alec Judd, who finished the game with a team-high 11 points. However, the Roughriders were still down by double digits, 21-11 at the end of the first period.

In the second period, Scottsdale Christian ran away with the game and outscored Pima 24 to 4, with Judd having the Roughriders’ sole field goal in the period (a 3-pointer) and one free-throw for all the points and Scottsdale went into halftime with an enormous 45-15 lead.

“It’s hard to come to eastern Arizona and win,” Fredericks said. “Pima is always really well-coached and very aggressive and it was just kind of our night tonight.”

The Roughriders never gave up, however, and played Scottsdale Christian nearly even in the third period as Pima scored 11 to the visiting team’s 13.

“They said they played their best first half of the season – I hate to be the team they do that against,” said Pima head coach Cliff Thompson. “Maybe our intensity could have been a little bit higher . . . It’ll be nice to get another shot at a team like that. We have a bit of a bad taste in our mouth.”

The running clock was implemented in the fourth period, however, and with both teams emptying their benches Scottsdale Christian ballooned its lead to more than 40 points at one point and the game mercifully ended 69-36 in the Eagles’ favor.

“All you can really do when a team beats you like that is go back to work and get ready for the next one,” Thompson said. “We’ll see how resilient we are; how mentally strong we are and how much heart we have and things like that. We can throw all the cliches around that we can, but we’re anxious to get back on the court and prove we’re a better team than (how) we played tonight.” 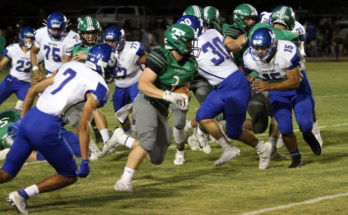 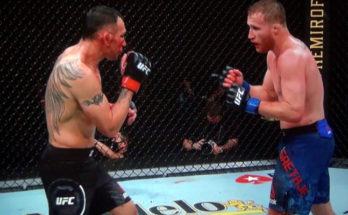