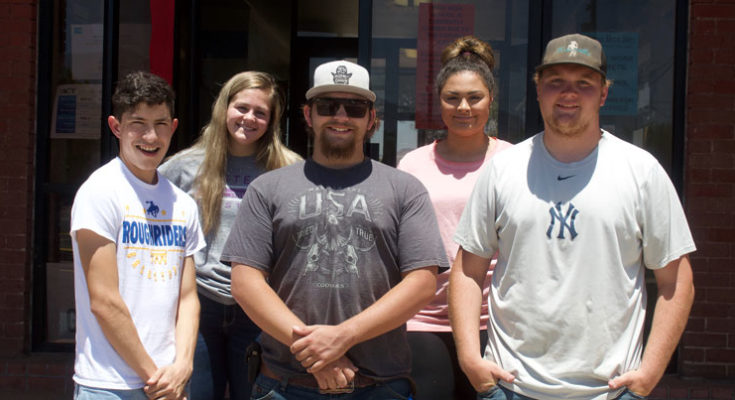 PIMA – After hearing the Pima High School’s plan for a virtual graduation, a handful of seniors are now looking to hold their own graduation ceremony with the help of the town of Pima.

On Monday, Principal Cody Barlow announced the plan for a virtual graduation due to having to follow state guidelines due to the COVID-19 pandemic. The virtual graduation will include pre-taped interviews with graduates, musical performances, and class speeches.

On Tuesday, a group of seniors approached Superintendent Sean Rickert and expressed their desire to have an in-person graduation that would be attended by the students and their parents or guardians with everyone placed six feet apart and wearing masks and gloves. The students said that ceremony could then be broadcast so others could see it as well. While their suggestions were welcomed, they were not acted upon and the virtual graduation is still happening.

“I just don’t see a difference between doing that and going to Walmart,” senior Ethan Davis said. “But, I do understand that they (the school district) have to follow certain guidelines or else they could get in trouble.”

Rickert told the Gila Herald that in addition to the student group, he has also met with various parents, the school board president, and Principal Cody Barlow regarding graduation and that he anticipates being able to hold an in-person ceremony at some point after June 15.

“Based on the current trend, we anticipate that by June 15 Arizona will be in phase 3 and the restrictions on mass gathering will be lifted,” Rickert said. “So, right now, our plan is basically to hold an in-person graduation at some point in June after the 15.”

When asked why they were so passionate about having a traditional graduation ceremony, the students said that they have already missed out on a lot of year-end activities and that they would like to come together as a class one last time before heading off to begin their post-schooling lives.

“We wanted one more goodbye,” senior Cris Rodriguez said. “One more hurrah . . . I’ve basically been with these guys since kindergarten and it’s sad because we still haven’t seen each other because of this whole thing . . . We want to say goodbye to one another at least just one more time.”

“My sister graduated last year and she doesn’t see her classmates very often,” senior Katie Wright said. “So, that graduation is very important to see everybody one last time.”

The students are working with the town of Pima to perhaps hold a ceremony at the Vard Lines Memorial Arena or another venue to have that last send off as a group.

The students said the intimacy of the smaller Pima School has brought the students closer together, making it that much more important to them to have a proper send-off into the world.

“Our school is different than a bigger school where you tend to not really know everyone,” Rodriguez said. “We all know everybody. So, that’s what’s cool about our little school.”

“There’s still some goodbyes that need to be said,” senior Jarom Bigler said.

“We already missed out on prom and morp and all these other school events,” Davis said. “We ain’t about to miss out on this one.”

The official virtual Pima High School Graduation ceremony is scheduled to take place Wednesday, May 20, starting at 8 p.m. and will be broadcast on YouTube. With that ceremony set, a second ceremony being planned by the students themselves, and an in-person school ceremony planned for June, the majority of seniors just might get three graduations this year instead of just the one.

“We really want to give them every opportunity to be recognized in that meaning full way,” Rickert said. “We just have to be compliant with the guidelines and the rules that come down from the state department of health and the governor as well as what the county health director says we have to do to keep people safe in our community.”