PIMA – After being idle the previous week due to Willcox’s cancelation due to COVID-19 protocols, the Pima Roughriders (2-0 region, 5-0 conference, 5-2 overall) remained unbeaten in the 2A Conference by handling the visiting Tombstone Yellow Jackets 45-0.

Pima made an immediate statement after forcing a three-and-out on defense. On its first play from scrimmage, Wyatt Wiltbank took the handoff up the middle 65 yards to pay dirt to set the tone of the game and give Pima the early 7-0 lead.

While the Pima defense only gave up one earned first down to Tombstone the entire game, Pima head coach Jim Hughes described his team’s play as lackluster.

“I’ve been in this business a long time and sometimes a defeat tastes better than a victory, and tonight would be one of those times,” Hughes said. “I don’t think we played well, so it left a little sour taste in our mouth. But that’s good. We hope that that’s how we feel after playing not to the best of our ability.”

While they may not have scored as many as quickly as they expected, Pima still had plenty of highlights on the night, including a big night from junior quarterback Seth Russell, who ran for a TD, threw for a TD, and caught a 2-point conversion.

Some highlights from the first half included a Wiltbank reception from Russell on play-action that Wiltbank took to the one-yard line on a dive toward the end zone. Leland Thompson took it in from there on a counter play and Pima was up 14-0 with more than six minutes left in the first quarter.

However, Pima would turn the ball over on downs on its next three possessions running into the second quarter.

“We gotta lot of stuff we can work on, but I feel that we will be ready for Bisbee next week,” Russell said.

As the offense faltered a bit, the defense picked up and caused a safety, which not only gave Pima two more points but, after Brody Brown’s 23-yard return on the free-kick, gave the Pima offense the ball at the Yellow Jackets’ 27-yard line.

The Roughriders made the most of the great starting field position as Russell slid in the pocket and just got a rocket off to Grant Ashby before being hit by Tombstone’s J’miah Wallis. Grant Ashby took the dart for a 6-yard TD and put Pima up 23-0 at the half.

Pima was poised to continue its dominance in the third as Brown put in two runs back-to-back for 50 yards to put Pima at Tombstone’s 25. However, Wallis knocked the ball out of Wiltbank’s hands as the running back fought for additional yardage and Damian Elias recovered the fumble for the Yellow Jackets.

Pima then made the most of Special Teams’ play by tackling Tombstone’s Elias after a failed punt attempt. Brown then scored on the ensuing play. Pima ran a fire drill to keep Willcox at bay for sending everyone on the extra-point block and placeholder Thompson gave the ball to kicker Grant Ashby, who then found Russell all alone in the back of the end zone for the 2-point conversion to put Pima up 31-0 in the third.

Russell then finished off the scoring for the quarter with a 4-yard run to put Pima up 38-0.

In the fourth, the Pima defense forced a punt, and Tombstone’s fake punt attempt fell incomplete. On a later possession, Tombstone had punting issues again and the Roughriders fell on the loose ball for the turnover.

That led to the final score of the night, as Hayden Blair took it in from 12-yards out for the 45-0 victory.

After the game, coach Hughes explained his thoughts on the play calls on various fourth downs that ended up being turnovers.

“We were wanting to work on our passing game on that fourth (down plays),” Hughes said. “Because there’s going to be a time where we’re going to have to have a fourth-down conversion. We didn’t get any of them tonight, but, hopefully, we’re going to be able to do that.”

With Willcox’s victory Saturday night over Bisbee (46-7), the Cowboys (2-0 region, 6-0 conference, 7-0 overall) remain atop the 2A San Pedro Region, just in front of Pima due to conference rankings that switched the week Willcox canceled its game at Pima due to COVID-19 protocols.

The region is still very much up for grabs, with Willcox having to play Morenci and Benson, and Pima having to play Bisbee and Morenci. Benson and Morenci are currently in third and fourth place, respectively, both at 2-1 in the region.

“Hopefully, we get into the playoffs and get a good seed,” Hughes said. “That’s what we need to do is to take care of things the next two weeks and put ourselves in a good position for the playoffs.”

The Bulldogs will next play at (Tucson) Sabino on Friday, Oct. 22, starting at 7 p.m.

The Thatcher Eagles got into a 28-0 hole in the first quarter and were not able to dig out, falling 14-49 to American Leadership Academy-Gilbert North. The non-region contest didn’t hurt Thatcher, which is still in the driver seat in the 3A South with the region’s only unbeaten record (2-0).

The Eagles will next travel to (Tucson) Pusch Ridge on Friday, Oct. 22, to take on the Lions, starting at 7 p.m.

In 2A, the Morenci Wildcats (2-1 region, 6-1 conference, 6-2 overall) fell to the Benson Bobcats 7-42. The loss dropped Morenci into fourth place in the 2A San Pedro Region.

The Wildcats will next host Willcox on Friday, Oct. 22, starting at 7 p.m.

In 1A, Duncan (3-3 region, 4-3 conference, 4-3 overall) won its third straight game, 30-12 over the Valley Union Blue Devils. However, it wasn’t enough to get the Wildkats into the playoffs, and their season ended with the victory.

The Fort Thomas Apaches (2-4 region, 2-5 conference, 2-5 overall) also finished their season with a victory, 60-12 over the Cibecue Wildcats. 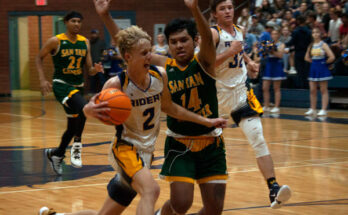 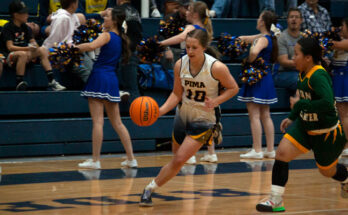 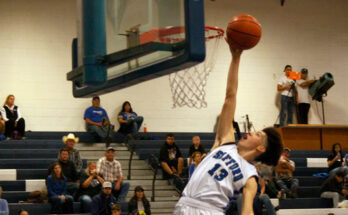