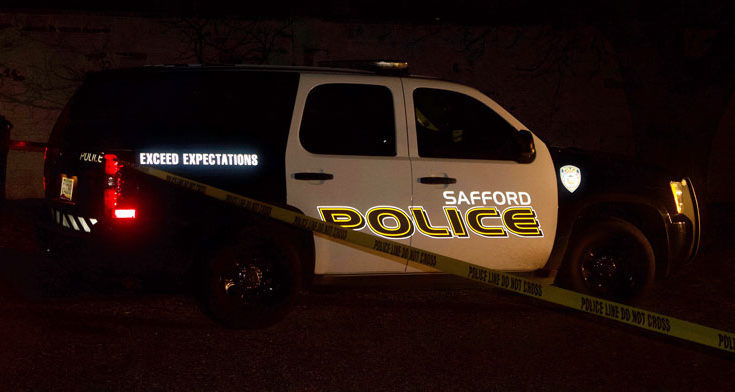 SAFFORD – After notifying all next of kin, the Safford Police Department has confirmed the pedestrian killed on U.S. Highway 70 on April 20 as Ben Shaw, 45.

Shaw was known to local law enforcement as a local transient resident.

According to a Safford Police press release, officers were dispatched at about 8:06 p.m. to the 1400 block of W. Thatcher Boulevard (U.S. Highway 70) regarding the collision.

Upon arrival, officers located a pedestrian, identified as a 45-year-old Ben Shaw, who had been struck by a vehicle driven by a 35-year-old Safford resident.

Personnel with Lifeline Ambulance treated Shaw at the scene, however, he was pronounced deceased. Authorities closed U.S. Highway 70 between 14th Avenue and 20th Avenue for about two hours to conduct their investigation.

The driver was evaluated by a Safford Drug Recognition Expert officer and no signs of impairment were detected, according to the release.

Shaw’s body was transported to the Pima County Office of Medical Examiner for an autopsy. The collision remains under investigation at this time.