Raymundo Frasquillo Photo/Gila Herald: Morenci advances to the state 2A football semifinals after dispatching Gilbert Christian 35-23 on Friday night on The Hill.

MORENCI – The Morenci Wildcats have moved onto the semifinals round with a 35-23 win over the Gilbert Christian Knights and will face the No. 1-ranked unbeaten Parker Broncs.

“We’re just super proud of our boys for getting after it today,” said Morenci head coach Joseph Garcia. “They took the challenge head-on and (we) couldn’t be prouder of their efforts.”

Benson, the 2A San Pedro Region Champion, will face off against the No. 2 Arizona Lutheran Coyotes in the other semifinal. The Coyotes came back after being down late to Pima to end the Roughriders’ season 33-27 in the quarterfinals. Benson easily defeated St. Johns 48-6 and Parker defeated Willcox 36-22 in the other quarterfinal matchups.

“Parker is a tough team,” Garcia said. “You don’t get the number one seed for being a slouch and Parker is tough. They’ve got some big hosses over there. We’re going to put in a good week of practice and we hope to be up for the challenge.”

The Morenci Wildcats (4-1 region, 10-1 conference, 10-2 overall) scored touchdowns on five of their seven possessions to eliminate the Gilbert Christian Knights (5-0 region, 9-2 conference, 9-3 overall) 35-23 up on The Hill in Morenci on Friday night.

The combination of a superior running game that simply could not be stopped and a bend-but-don’t-break defense gave Morenci the edge over the Knights, who kept coming back and never stopped fighting. Long after the music was turned off, the concession stand shuttered and closed, and only a slight few vehicles inhabited the once full parking lot, Gilbert Christian players could still be found on the field, consoling with their teammates, family, and friends, not wanting that chapter in their high school athletic lives to come to a close.

While Morenci ran the ball up and down the field seemingly at their pleasure. Garcia said he is also impressed with his team’s passing game and that they are more balanced offensively than it may appear.

“Our offensive line – they work hard in practice,” Garcia said. “They take their assignments very seriously and we open those holes up and we’ve got a great back that runs the ball real well. Our wide receivers do a great job blocking as well. They run great routes. We just missed a couple of big passes today that could’ve popped it open too. So, I feel like we can do both. We can get you with both. But our run blocking is outstanding and we run the ball real well and we hope to keep improving each week.”

The Knights’ evening started out promising as quarterback Matthew Hershey was sweet on his receivers all game, hitting a number of big third-down completions.

After moving the ball down the field into Morenci territory, Hershey tossed a pass to Dylan Sharkey that went backward and was therefore technically a lateral. The ball bounced off Sharkey and fell to the ground where an alert Kaden Summer pounced on it for the turnover.

With possession, the Morenci ground game took over as Michael Casillas opened up his night with a 19-yard pickup along the left sideline. Casillas would gain 212 yards on 22 carries for the game and score three TDs.

However, the first score of the night went to Morenci quarterback Daylen Johnson, who faked a handoff on 3rd and goal from the 1 and bootlegged left and went untouched into the end zone. A fake extra-point attempt was thwarted but Morenci was up early 6-0.

Gilbert Christian’s next drive faltered in the Red Zone and Morenci’s Brandon Enriquez blocked a 30-yard field goal attempt to keep the Knights off the board.

After a fast 35-yard run by Derek Saenz to get into Knights’ territory, Casillas peeled off another 15-yard gain and then finished the drive with a 3-yard TD. Morenci went for the 2-point conversion and Johnson again rolled out to his left and spun away from a defender to make it 14-0 Morenci.

Gilbert Christian then showed its mettle as it came right back with an NFL-style touch pass you might see Kyler Murray do on Sundays. Hershey quickly tapped the snap to an already in-motion Elijio Ledesma, who made a cut in the second tier and was gone. Ledesma raced down the sidelines and appeared to be going in for a certain touchdown until Casillas ran him down at the 3-yard line.

The play was huge as Morenci’s goal-line defense held Gilbert Christian out and the Knights attempted a 33-yard field goal. This time, Hershey couldn’t handle the snap and they couldn’t get off a kick. The teams then recessed for halftime with Morenci still up 14-0.

The Knights opened the third quarter by attempting to steal a possession with an onside kick. The play was done to perfection, with the kick dribbling quickly the required distance and just as Enriquez was about to gather it for Morenci he was blown up by the Knights player in textbook fashion. The ball bounced up into the gleaming night and bounded back down amidst the fray with players leaping into a pile to wrest the ball away. And when the refs finally got to peeling off the bodies, who else but Enriquez himself managed to come back up with it for Morenci.

The Wildcats were well on their way to scoring again when they were suddenly derailed by penalties just outside the Red Zone and turned the ball over on downs.

The Knights used the momentum and Hershey connected on another big 3rd down-conversion with a 32-yard pickup to Caden Heyn.

Hershey finished the drive with a 9-yard TD run and Ledesma dove in for the 2-point conversion to put Gilbert Christian on the board down by a score of 14-8.

Morenci continued to own the line of scrimmage on offense and the time of possession, however, and worked off the rest of the third quarter clock as it made its way downfield.

At the start of the fourth, Casillas gave Morenci some breathing room with a 2-yard TD run and a 2-point conversion to put the Wildcats up 22-8.

Hershey and the Knights continued to come back with big passing play aided by a 15-yard personal foul for a horse-collar tackle. Hershey finished the drive with a 1-yard dive on 3rd and goal, and, after being penalized on the 2-point try, the Knights kicked the extra point but still trailed Morenci 22-15.

Gilbert then again tried to steal a possession with an onside kick but this time the kick wasn’t strong enough and it backfired in the biggest way.

Saenz came up from his spot and snagged the dribbler on the run. With nobody in front of him, Saenz easily went 48 yards for the quick-answer score to put Morenci up 29-15 with just 6:02 left in the game.

The Knights never gave up, however, and Hershey again found success through the air and again they benefitted from a personal foul call of a facemask. This time, the foul wasn’t really there but it looked like it and he got the call.

After hitting Heyn with a big pass to the 4-yard line, Hershey tried to plunge it in but was stopped just short. However, the whistle didn’t blow and Hershey’s second effort put him across the line for the TD. Ledesma then dove in for the 2-point conversion and Morenci’s previously nearly double-score lead was down to just 29-23.

There was no need to worry for Wildcats fans, however, as their running game hadn’t been stopped all game and it wasn’t about to start then. At the most pivotal moment in the last few minutes of the game, Morenci faced a 3rd and 3 just past midfield. Casillas got the pitch and lead-blocker Chavez got just enough of Hershey for the speedy Casillas to beat him to the edge. Casillas then zipped down the sideline for 28 yards to move the chains.

Casillas then finished his three-TD night with a 1-yard plunge to help lift the Wildcats to the state semifinals with the 35-23 victory.

“I’m super proud of my guys and my coaching staff –  they did an outstanding job,” Garcia said. “It’s a total team win, and we sure appreciate the efforts that these young men put in day in and day out.

In other local playoff football, both the Pima Roughriders (2A) and Thatcher Eagles (3A) were defeated in the quarterfinals. 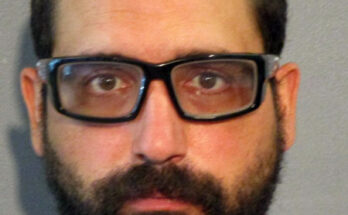