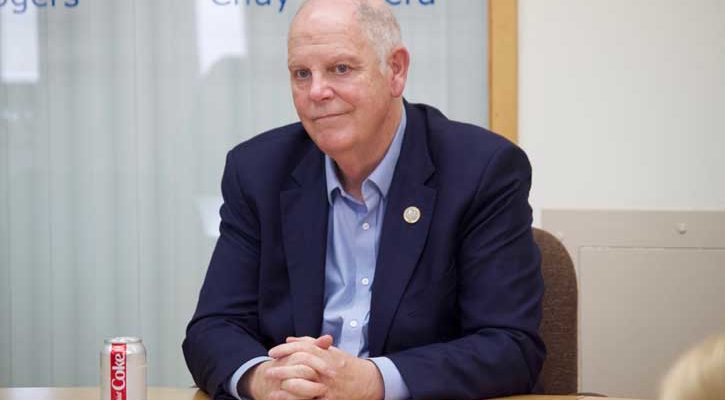 VILLAGE OF OAK CREEK – Last week, during a full House Energy and Commerce Committee markup, members voted to pass H.R. 5541, the Tribal Power Act, out of Committee to the full House of Representatives for a vote. The bipartisan legislation was introduced by Congressman Tom O’Halleran (D-AZ-01) and co-sponsored by Congressman Markwayne Mullin (R-OK-02).

“As many as 15,000 families on the Navajo Nation lack access to any electricity,” said O’Halleran. “My bipartisan legislation will ensure tribal governments can access the federal resources they need to build out electrification operations and expand new energy infrastructure.”

During the hearing, Committee Chairman Frank Pallone (NJ-06) praised the Tribal Power Act and urged swift passage, saying, “I want to thank Reps. O’Halleran and Mullin for introducing H.R. 5541, the Tribal Power Act. As we heard from our witnesses at last week’s hearing, there are significant problems for tribal communities with respect to energy affordability and access. H.R. 5541 won’t correct every energy problem faced by tribal communities, but it makes a start by improving the program that was authorized to address their problems. DOE must do more to make energy affordable and accessible for all members of tribal communities. I hope we will be able to do more to reduce disparities and fulfill our commitments to tribes. I understand that Mr. O’Halleran has an amendment – approved by both sides – to make some small improvements to the bill based on DOE technical assistance, but this is already a good bill and I urge all members to support it.”

As part of the 30-bill markup, O’Halleran voted in favor of legislation to protect and expand Medicaid and Medicare and improve the availability of mental health resources. Among the bills voted out of Committee were two cosponsored by O’Halleran:

Tom O’Halleran is running for re-election to the U.S. House of Representatives in Arizona’s 1st Congressional District.