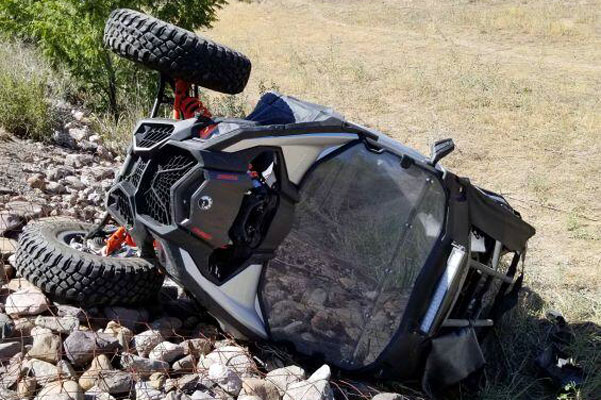 Nearby agents in patrol vehicles converged on the area, locating one of the fleeing UTVs overturned along an embankment. Agents arrested two U.S. citizen men and two Mexican males as they attempted to escape on foot.

The second UTV was found abandoned a short distance away. Agents discovered several bundles of meth inside the vehicle and arrested a female Mexican national hiding nearby.

The four passengers of the overturned UTV were transported to a nearby hospital for precautionary medical evaluations and later released.

Of the five individuals involved in this incident, three were identified as Mexican nationals who were found to be illegally present in the United States and will be processed for immigration violations. Of the two U.S. citizens arrested, one will be charged with human smuggling and remains in custody. The other has been released but could face future prosecution.

Transnational Criminal Organizations will resort to any means necessary to smuggle humans and drugs across the border. Often in extreme terrain and environmental conditions, Border Patrol agents face these threats daily in order to safeguard our communities.