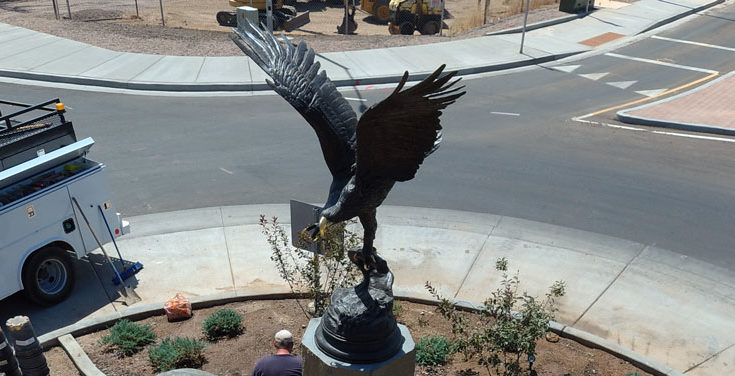 SAFFORD – A violent attempted robbery outside of Walmart was thwarted by an off-duty Thatcher Police officer on April 14. A Bureau of Land Management Ranger also assisted in taking the suspect into custody.

The suspect, Peter Anderson, 24, was arrested and booked into the Graham County Adult Detention Facility on charges of aggravated assault, attempted robbery, and assault.

According to a Safford Police report, the off-duty Thatcher officer happened to be in the area of 8th Street and 20th Avenue when he witnessed Anderson approach a panhandler at the intersection and strike him with a metal pipe.

The off-duty officer drew his duty weapon and went to the aid of the panhandler and took Anderson into custody with the assistance of a BLM Ranger, who had also arrived at the scene.

The panhandler later advised that Anderson had asked him for his bike and when he refused Anderson retrieved the metal pipe, struck him and demanded the bike again.

The Safford officer advised the entire incident was captured on store surveillance video. Anderson declined to comment on his alleged actions, and the metal pipe was seized as evidence.