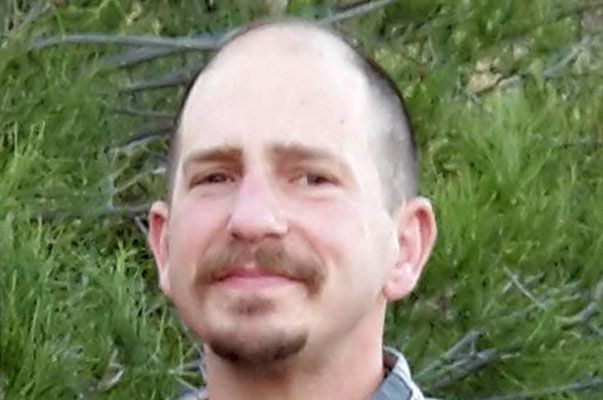 Thomas Jon Diddio passed away on Jan. 8, 2020, in Morenci, at the age of 38.  He was born Jan. 15, 1981, in Hackensack, New Jersey to Frank Anthony and Judith Doppio Diddio, with siblings Laurie, Michael, and his step-siblings Debra, and Michael.

Thomas attended schools in Deming, New Mexico and married his one true love, Alison Rodriguez, in Duncan, on Nov. 3, 2006. The couple settled in Duncan, where he began working as a semi-truck driver. He truly loved to drive his semi. They were soon blessed with a son, Michael Ryan.

Thomas is survived by his loving wife, Alison, and his son, Michael.  He is also survived by his parents, Diane Diddio, Daniel and Alice Rodriguez; his siblings, Laurie (Joel), Debra (Ronnie), Michael, Danielle (Daniel), and Daniel (Kaylee); his nephews, Casper, Matthew, Manuel, Jeremiah, Nathan, Liam, and Noah; his nieces, Brianna, Katelin, and Dusty Rose, and his pets, Bella, and Molly.

He is preceded in death by his parents, Frank and Judy Diddio, and Michale Diddio, and his Grandparents, the Diddios and the Doppios.

A funeral service for Thomas will be held Wednesday, Jan. 15, at 10 a.m. at the McDougal’s Caldwell Funeral Chapel.

Lamar Cluff, of Safford, passed into eternity on Jan. 8, 2020, at his home in Safford with his loving family by his side. He was born May 1, 1924, in Central, Arizona to Wilford Cluff and Mary Norton Cluff.

A viewing and visitation will be held Friday, January 17, at The Church of Jesus Christ of Latter-day Saints, Safford Stake Center, beginning at 10 a.m. and the funeral service will begin at 11 a.m., with Bishop LaMont Whetten officiating. Interment will be in the Safford Cemetery.