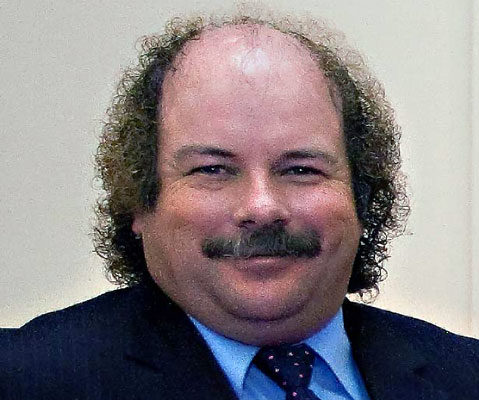 Jerry Anderson was born Feb. 22, 1965, to Boyd and Gladys Anderson in Wilcox. He entered eternal rest Dec. 16, with his loving wife by his side. He was a lifetime resident of Southeastern Arizona, where he was raised with two siblings, Marcia Bedolla Tina Anderson.

On June 16, 1984, Jerry married his sweetheart Verlene Davis. He was employed by Freeport McMoran as an Operator/SX-EW. Jerry was a gifted handyman and could fix almost anything. He enjoyed working on vehicles and riding his Harley Davidson motorcycle.

Jerry loved taking trips around the Northwest United States and to Florida to visit in-laws including a special trip to Walt Disney World with his nephew. He will be remembered for being kind, generous, hardworking, and skillful. Jerry was gentle, giving, sweet and thoughtful.

He is survived by his wife of 34 years Verlene Anderson; his parents Boyd and Gladys Anderson; and his siblings Marcia (Vinny) Bedolla and Tina Anderson.  He is also survived by his special Daniels, special great-nephew Max Daniels and numerous other nieces and other relatives.

Jerry was preceded in death by his grandparents Cecil and Nancy Blount and Elmer and Elizabeth Anderson.