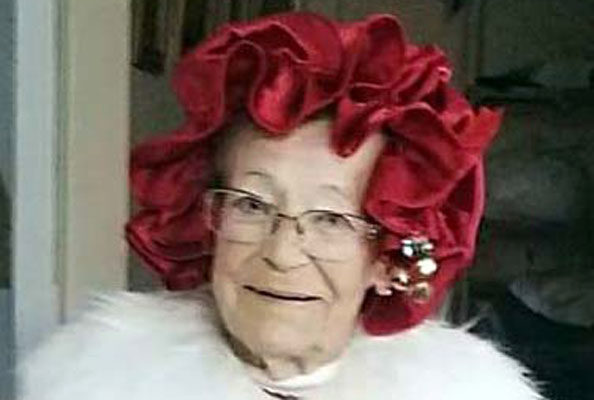 She enjoyed sewing, playing Mrs. Claus at Christmas, dancing, singing, riding on motorcycles, and gardening. She was also a member of the Safford Lions Club, VFW, American Legion, Brothers & Lil’ Sisters, Hospital Auxiliary, and the Salvation Army. She received the Pride of Safford Award, an appreciation letter from the VFW, and an award for being a Legion Volunteer at the Heaven Health facility.

Some of her greatest accomplishments are having had five marriages, seven children, and surviving cancer three times. She had a great sense of humor, was very honest, funny, very kind, and giving. She let it be known that she didn’t like liars and thieves. She always said, “there are two ways to do things, the right way and the wrong way – pick one!”

She was preceded in death by her parents, Louisa and Ralph; her sons, “Skip”, Jack, and Patrick; and by her daughters, Cindi and Maude; and her husbands, Mort Snyder Sr., Don Scheider, Frank Snyder II, Harold “Buck” Noake, Jr.

A Celebration of Life will be held at a later date by the family.