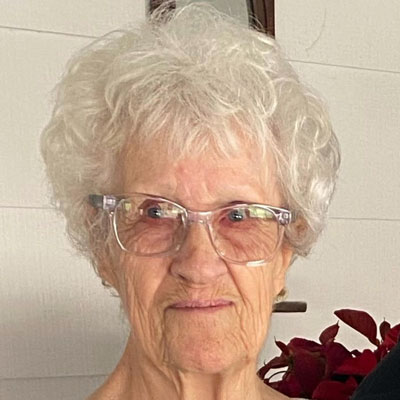 Our beloved Edna Jeanette Filleman was born to George Irven and Dorothy Pace on May 1, 1934, in Clifton, Arizona. In 1951, Edna married Charles Scott with whom they had one son, Edward. Edna worked for Phelps Dodge in data processing until retiring in 1994.

In 1969, she met and married Harold Filleman. After her retirement from Phelps Dodge, she enjoyed working on their ranch in Eagle Creek until his death in 2009.

Edna is survived by one son, Edward (Holly) Scott, of York, Arizona, and one step-son, Buzz (Billie) Filleman, of Ahwatukee, Arizona; a step-daughter, Melanie (Wes) Beddes, of Loomis, California; sister, Maxine Cotton, of Tyrone, New Mexico, and several cherished grandchildren, great-grandchildren, and great-great-grandchildren, as well as nieces and nephews, and many loving and devoted friends.