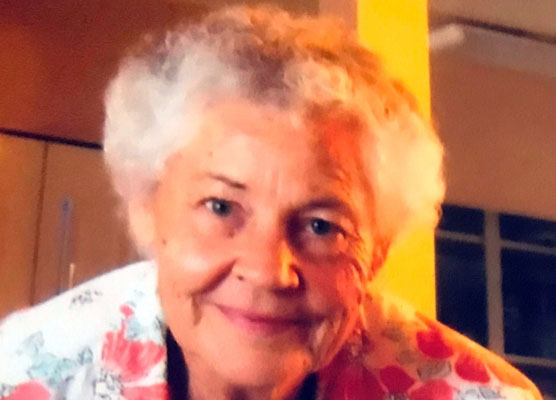 Dorothy Jean Palmer Whitecotton, a lifetime resident of the Gila Valley, passed away Monday, Oct. 24, at the age of 92.

Dorothy was born Aug. 3, 1930,  in Bridger, Montana to Journal Vaughn Palmer and Grace Etta Stevens Palmer.  Dorothy had two sisters and three brothers.  She attended school in Pima, Arizona and married Norace Whitecotton on July 24, 1946, and moved to Thatcher, Arizona, where Dorothy and Norace raised two girls and two boys.

Dorothy worked as a cashier at Safeway Safford Food Center, and AJ Bayless and retired from Bayless in 1989.  After retiring, Dorothy and Norace spent some of their time traveling the Southwest with the “ Old Time Fiddlers” group.  Norace played the fiddle and Dorothy sang along and did her special yodeling.

Dorothy is a lifelong member of The Church of Jesus Christ of Latter-day Saints. After Norace passed away, Dorothy enjoyed time attending The Gila Valley Arizona Temple.

Dorothy was preceded in death by her parents, Journal and Grace Palmer; her husband, Norace, and her daughter, Carolyn.  The couple was married for 63 years at the time of Norace’s passing.

Click this link to view additional details about Dorothy’s Services, including any available live streams: https://my.gather.app/remember/dorothy-whitecotton