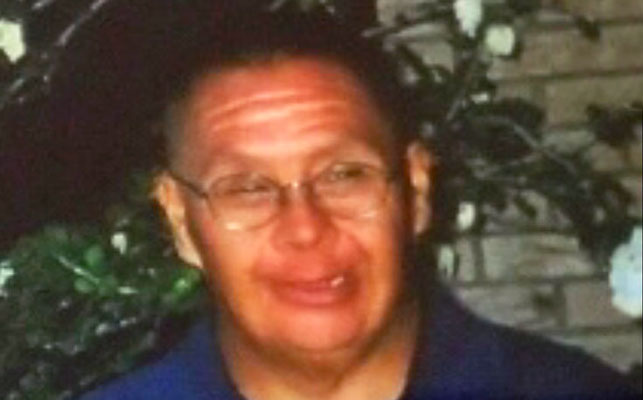 David had many hobbies; dancing, singing, playing the guitar, sweeping, going to the mountains, hanging with family, and playing with the kids. He liked to wear watches and loved getting his hair cut, especially by his sister, Lupe. She made him feel special. He was such a jokester and always happy. He loved competing in the Special Olympics.

David was fun-loving, so sweet, and truly genuine. He spread sunshine everywhere he turned. He loved joking around with the family, especially Eddy, Roy, and Jerry. David loved to meet new people, always shook their hands.  His favorite saying was “heeeeyyyyy!” David spent all of his time with Frank and Lupe Terrazas. David’s last two years of his life were spent living with his niece, Rachel, and Jerry Nabor.

He is survived by his brothers, Joe, Albert, Johnny, Robert, Gilbert, and Pete Mora, and his sister, Ellen Dominguez.

He is preceded in death by his parents, Dolores and Jose Mora, and his sisters, Paula Arambula, Lupe Terrazas, and Virginia Lopez.

Arrangements were under the direction of McDougal’s Caldwell Funeral Chapel & Gila Valley Crematory.  Online condolences may be extended at www.caldwellfuneralchepel.com.