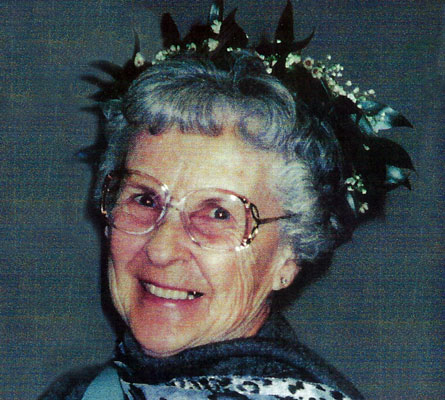 Loving, kind, gentle, faithful, generous, joyful, diligent – these are adjectives that accurately describe Carolyn Jean (McHenry) David, who died in Safford on May 8, 2020, at age 95. Carolyn developed these traits during a lifetime of work and service that started on a grain and dairy farm in Pennsylvania, continued through her early years as a worker in a clothing factory and as a waitress and in school (she was valedictorian). Her life of service included being a faithful wife, mother, community and church volunteer, nurse, and partner with her husband in the family business.

Carolyn enjoyed quilting, keeping a detailed personal journal, and working jigsaw puzzles with her husband. She loved being outside in the sunshine and was often found weeding and trimming her yard and encouraging flowers to grow. She sent myriad notes of love and encouragement to family and friends. She had a great sense of humor and a delightful laugh.

During World War II, Carolyn entered Cadet Nurse Corp and received her nursing degree at the top of her class from Johns Hopkins University Hospital. Carolyn met her future husband, who was serving in the Coast Guard, at a USO function in Baltimore, Maryland. After a brief correspondence courtship, she married Roger E. David on June 24, 1947, more than 72 years ago. The couple was sealed in 1952 in the Mesa Arizona Temple of The Church of Jesus Christ of Latter-day Saints– an eternal marriage to envy. They soon moved to Arizona, lived initially in Phoenix, and then settled in Safford in 1960.

In Safford, the couple purchased, owned, and operated the Safford Funeral Home, to which they subsequently added an ambulance service. Carolyn continued to work as a nurse as well as assist in the family business for more than 20 years. Additionally, Carolyn served as president of the Safford Women’s Club and was instrumental in the creation of the Graham County Hospital Auxiliary. She provided organ music for wakes and funerals, including many held on the San Carlos Apache Reservation.

Carolyn will be remembered for her years of church service and her musical talents, her love for children, and her innumerable charitable acts.  She willingly and lovingly served in a number of capacities in the church, including as president of the Relief Society, Gospel Doctrine teacher, ward organist, Primary teacher, and longtime temple worker.  She did all this in addition to bearing six children and providing frequent unsolicited service to widows and others in need. Carolyn and Roger sold their business in 1993 in order to serve as missionaries for the Church; one mission turned into four – the couple served in Suva, Fiji; Santiago, Chile; McAllen, Texas; and Oaxaca, Mexico. Her sensitivity to the Spirit and her determination to accept the invitation to “Come unto Christ” blessed her life and provided her with a strong testimony of the gospel of Jesus Christ. This testimony (which she frequently shared) blessed her life and blessed her entire family, her friends, neighbors, and all who knew her.

Carolyn was born in 1925 in Benton, Pennsylvania to Oakland Eli McHenry and Viola Pearl Golder; she was the second of four children – June “Judy” (Jack) Shaffer, Evelyn Rose “Rosie” (Nick) Caldarella, and Gerald (Barbara) McHenry, all of whom have predeceased her.

Visitation/calling hours will be at McDougal’s Caldwell Funeral Chapel from 3 – 4 p.m on Sunday, May 17.  A private family service will be held at 4 p.m., followed by a “family-only” internment in the family mausoleum in Thatcher Cemetery.

In lieu of flowers, the family requests donations be made to the Humanitarian Fund of The Church of Jesus Christ of Latter-day Saints. 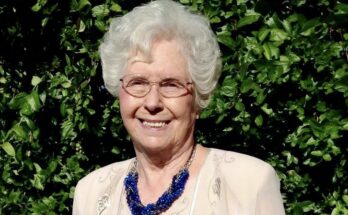 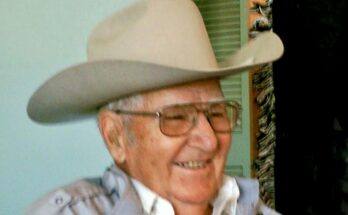