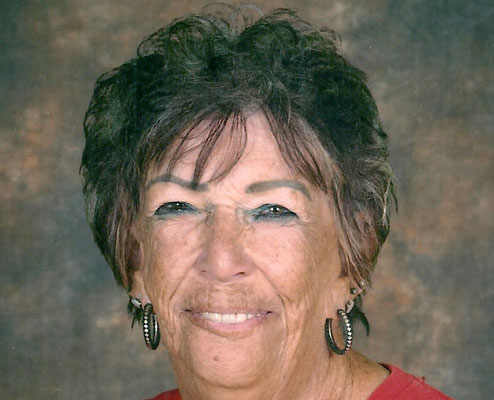 She worked for the mine and was a floatation operator in the mill for many years before retiring. Barbara then spent her time taking care of her grandchildren, working at Dairy Queen, and working for Fairbanks Middle School as a crossing guard. She was always excited to see and talk to all of the children and their parents. Daily, she would greet them with a wave and her beautiful smile.

“Barb” was known for stuffing boxes inside of boxes, and loving surprises. She often was heard saying “don’t take any wooden nickels”, and “count to 10!”  She was the happiest, loving, caring individual that ever lived.

Barb is survived by her daughter, Carol, and her son, Gary Gasparich; four grandchildren; nine great-grandchildren, and many nieces.

She is preceded in death by her parents, and her brother, Davey Cosby, and her sister, Wanda Carr.

A Viewing will be held on Wednesday, August 26, at 8 a.m. at the Sunset Church of Christ in Morenci, with the funeral service following at 9 a.m. Interment will be in the Sacred Heart Cemetery following the service. A meal will be served at the American Legion following services. The family requests that the public wear masks at the services.