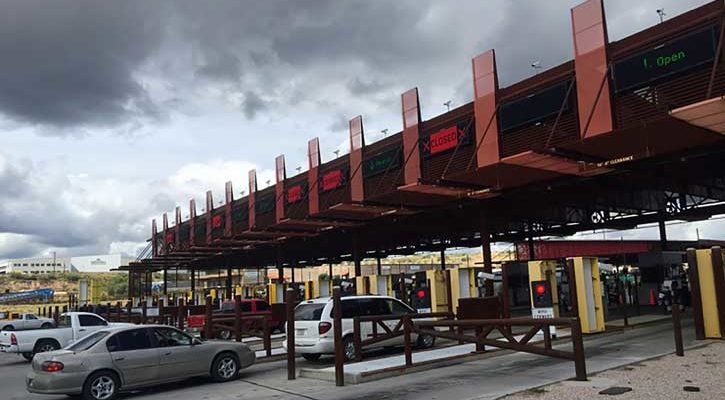 NOGALES – U.S. Customs and Border Protection officers at Arizona’s Port of Nogales arrested two Mexican nationals and a U.S. citizen involved in connection with failed attempts to smuggle nearly 104 pounds of heroin, cocaine, and methamphetamine into the United States on Wednesday.

CBP officers at the Mariposa Crossing referred a 28-year-old Mexican man for further inspection of his Nissan van yesterday morning. A CBP narcotics detection canine alerted to a scent it was trained to detect on the rear sliding doors. Officers removed more than a dozen packages of heroin, which weighed nearly 20 pounds, and worth an estimated wholesale value of more than $533,000. They also removed 14 pounds of meth with an estimated wholesale value of nearly $42,000 and more than two pounds of cocaine, worth more than $57,000.

Officers at the Morley Pedestrian Crossing referred a 19-year-old Mexican female for further inspection early in the afternoon. A CBP canine alert led to the discovery of more than two pounds of meth, which was concealed within the woman’s underclothing. The meth has a wholesale value of more than $6,000.

Last night, officers at the Dennis DeConcini Crossing referred a 22-year-old American man for additional inspection of his Honda sedan. A positive alert from a CBP canine led the subject to remove more than 50 packages of meth, which weighed more than 65 pounds and with an estimated wholesale value of more than $195,000 within the rear quarter panels.

Officers seized the drugs as well as both vehicles. The subjects were all arrested and then turned over to U.S. Immigration and Customs Enforcement’s Homeland Security Investigations.