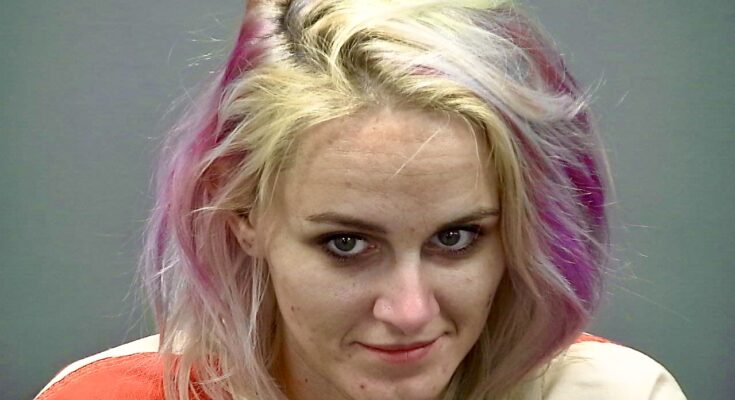 SAFFORD – Failure to stop at a marked stop sign led to the seizure of a variety of drugs and the arrest of the driver earlier this month after a drug detection dog gave an alert on the suspect’s vehicle.

According to a Safford Police report, on May 4 at about 5:42 p.m., an officer noticed a black, 1994 Mercury Grand Marquis fail to stop at the stop sign at the intersection of 8th Avenue and 16th Street. The officer then initiated a traffic stop, and the Mercury pulled over.

The driver, Mercedes Taryn Curry,30, of Thatcher, was already on probation due to her past drug history. The officer reported Curry appeared to be under the influence of some type of drug and believed she had just left a residence known for drug activity.

Curry allegedly told the officer she felt she was being singled out for her past history and said she was simply running late for her daughter’s game and that she was nearly out of gas and didn’t realize she missed a stop sign. When asked if she would allow the officer to search the vehicle, Curry denied the officer permission.

The officer then began to fill out a moving violation citation and requested Thatcher Police’s drug detection canine Officer Apollo to respond to the stop and perform a cursory walk around. Thatcher’s K9 Officer Apollo does not alert to the presence of marijuana, so any drug Apollo alerts to is currently illegal to possess.

After Officer Apollo had a positive alert to the Mercury, the Safford officer began to search the car and quickly located 12 blue counterfeit fentanyl pills and $400 in cash in a pouch on the front seat. A further search of the vehicle and Curry yielded a baggie of methamphetamine, two pipes, and 58 Xanax pills.

After the drugs were located, Curry allegedly admitted to using meth and fentanyl that morning. Curry was then arrested and her blood was taken for DUI-testing purposes. Afterward, she was booked into jail on drug charges.

On May 15, a long-form complaint was filed against Curry and she was officially charged with possession of a dangerous drug, possession of a narcotic drug, and two counts of possession of drug paraphernalia. She has yet to have a preliminary hearing, and the case is still in Safford Justice Court for the time being. Possible additional DUI-drug charges are pending lab test analysis.